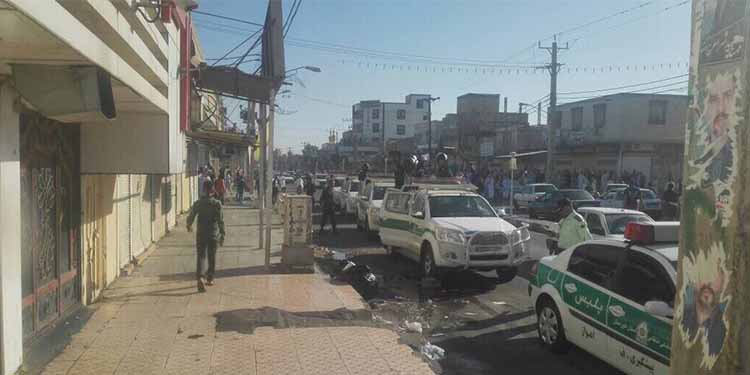 Iran’s security forces have rounded up and detained scores of Arabs, including several children, in the oil-rich Khuzestan Province.
According to activists and family members, the state security forces on May 28, raided the neighbourhoods of Koi Farhang, Koi Andisheh and Koi Alamolhoda in the town of Shoushtar and arrested at least 30 individuals including children.
The arrests have been carried out without warrants following home raids during the early morning hours.
The names of eight of those arrested who all belong to the ethnic Arab minority of Khuzestan are Hakim Kabi, 31, Ali Badwi, 29, Mohammad Badwi, 21, Hamid Zoghaibi, 32, Ayoub Tarfi, 28, Amer Rahmineh, 20, Hamid Aghili, 18, and Mostafa Aghili, 15.
In the past month, at least two more group arrests of ethnic Arabs were reported in the southern provinces of the country.
Locals beleive that the arrests which were violently carried out are aimed at creating fear among the people.
Khuzestan province, where much of Iran’s oil and gas reserves are located, has a large Arab population, estimated at between 2.5 and 5 million. Despite Khuzestan’s natural resource wealth, the province is plagued with severe socioeconomic deprivation and high levels of air and water pollution. Concentrated in poor urban outskirts lacking in basic facilities, many Iranian Arabs have alleged that the government systematically discriminates against them, particularly in employment, housing, access to political office, and the exercise of cultural, civil, and political rights.