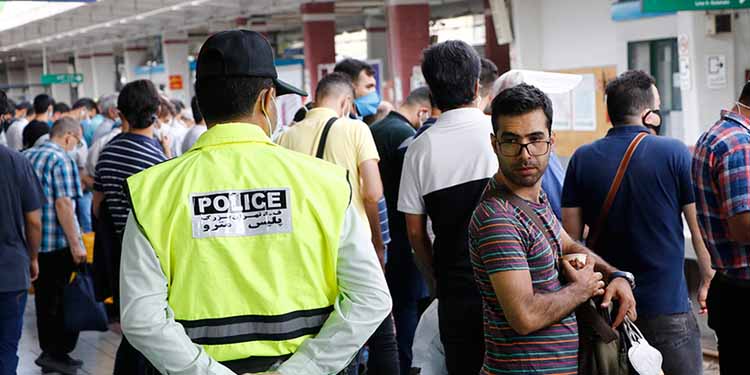 An Iranian Judiciary official has threatened that the people who deliberately spread the deadly COVID-19 virus sould be punishable by death.

A local website quoted the Human Rights and International Affairs Deputy of the Ministry of Justice on July 13 as saying: “Someone who is fully aware of his infection and without wearing a mask sneezes and coughs…spreads the coronavirus to others and ultimately causes their death. This means deliberate murder and is subject to Qisas”.

The Islamic Republic of Iran’s penal code literally encourages “an eye for an eye”, the retribution for a deliberate crime that leads to death is execution.

In Islamic law, relatives of a murder victim can demand Qisas, or an eye for an eye.

He also went further than calling for the execution of those who deliberately spread the virus and called on lawmakers to consider heavy punishment for people who don’t wear masks and fail to comply with health protocols without intentionally spreading the virus.

Abbasi added, “All those who don’t carry out health protocols and the orders of executive officials should be warned that heavy penalties are awaiting them.”

“The Government, the Judiciary and the security and law enforcement forces cannot and must not ignore these issues.”
Iran was the second hotspot after China for the coronavirus pandemic in the world.

The main reason for the dramatic and rapid spread of COVID-19 in Iran has been the cover-up orchestrated by the clerical regime. Officials were informed of the outbreak in Iran two weeks prior to the February 11th anniversary of the Revolution.

The French daily Le Monde quoted a physician in Tehran as saying that in the final days of January, two people infected with coronavirus had died. Despite this news, the mullahs insisted that there were no signs that the virus had been transmitted into Iran.

This blatant lie, ordered by Supreme Leader Ali Khamenei, was intended to ensure the participation of a large number of people in the state-run annual march marking the anniversary of the 1979 Revolution on February 11, as well as the parliamentary election sham scheduled for February 21.

In an inadvertent admission two days after the election, the regime’s Interior Minister, Abdolreza Rahmani Fazli, said: “Some had recommended delaying the elections, and insisted on delaying elections in Qom. But I, as the official for the elections, refused to approve these recommendations.”