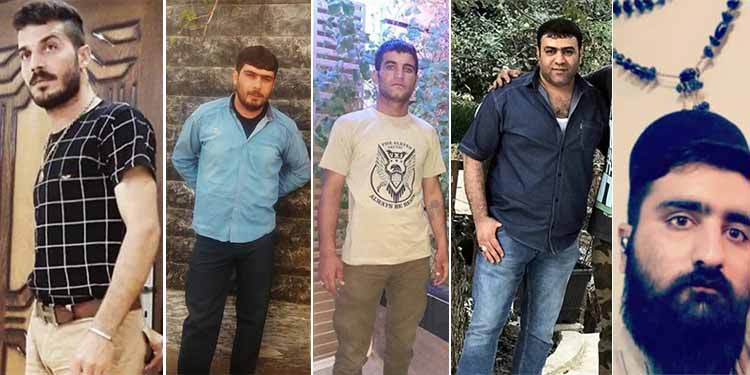 Iran Supreme Court has upheld the death sentences of five men who were arrested by security forces during the December 2017 and January 2018 protests.

The names of the five people whose death sentences have been upheld by the Supreme Court in Isfahan are: Mehdi Salehi Ghale Shahrokhi, Mohammad Bastami, Majid Nazari Kondori, Hadi Kiani and Abbas Mohammadi.

Some sources say each of the men has received two death sentences for the charges of “waging war against God” and “baghi (taking arms against the government)”.

Confirming the news, the lawyer of one of the protesters said that the second Branch of Isfahan’s Revolutionary Court had previously sentenced the men to death in February 2020.

According to the indictment issued by Isfahan’s Revolutionary Court, the five protesters have been charged with “Baghi through effective efforts and activities to advance the goals of the rioters”, “Moharebeh through the use of firearms and the intention to disrupt community security security and shoot at officers” and “Corruption on earth by disrupting public security and leading rioters to disrupt public order and security and disturb public opinion.”

The five men, all in their 20s, have said to the court that they were tortured to make confessions.

This cames nearly one month after the Head of the Justice Department of Isfahan Province on June 26 said eight individuals were sentenced for “corruption on earth”, a charge carrying the death sentence according to Iran’s Islamic Penal Code.

Mohammad-Reza Habibi who was speaking at a Friday prayer sermon did not mention any details about these cases or which protests the defendants had participated in but warned Iranians that if major protesters such as in 2009, January 2018 and November 2019 erupt again, we will “deal decisively with rioters”.

Iran Supreme Court recently upheld the death sentences against three young men for participating in the nationwide protests in November 2019 in Tehran.

However, the regime’s judiciary was forced to temporarily halt the executions and said its chief would consider any request from the men to review their sentences.

Lawyers for the three men also were reportedly told that they could for the first time examine the court papers and evidence against their clients.

The Iranian regime has sentenced many protesters to heavy prison terms, lashes, and even death to prevent further protests.