A young woman was executed on August 2, 2020, in the Central Prison of Mashhad, the state-run media reported today.

The woman identified only by her first name, Mehri, had already served six years on the death row.

According to the state-run Khorasan daily the executed woman was accused of murdering her husband.

With this execution, the total number of women executed during Rouhani’s tenure reaches 106. This is the third execution of women in 2020 which has been announced by the state media.

Iran has the highest rate of executions per capita.

Iran Human Rignts Monitor’s records indicated that a total of 273 executions took place in Iran in 2019, including 16 women and nine juveniles.

The substantiated information is based on the news and information published in the state-run media in Iran, human rights activists, and other reliable sources inside Iran. Nevertheless, the actual figures are definitely higher, as most executions in Iran are carried out secretly without anyone knowing except those who carry it out. 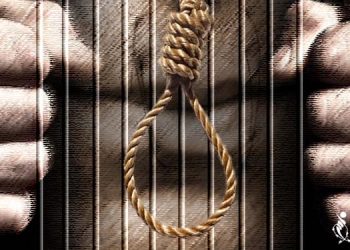