Annual report on the death penalty in Iran, October 2019 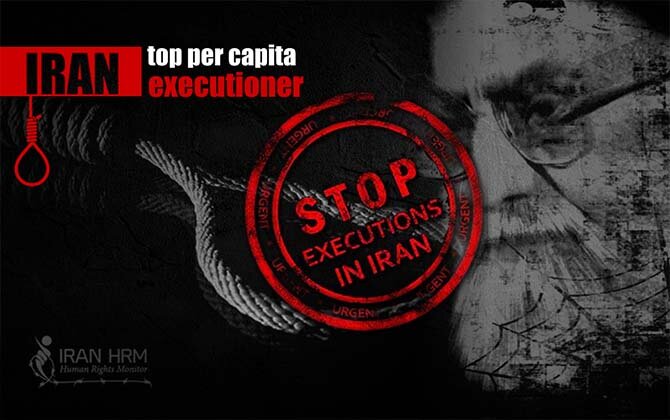 Annual report on the death penalty in Iran, October 2019

Hundreds of people in Iran are sentenced to death annually. October 10, the World Day against the Death Penalty, reminds us of the thousands of death row prisoners lingering in jails in Iran.

Iranian regime officials have never heeded to the International community’s calls to abolish the death penalty.

Iran’s deliberate use of capital punishment has been a constant source of international outrage and condemnation. According to several independent international bodies, including the UN Special Rapporteur on Human Rights in Iran and Amnesty International, Iran is the leading state in executions per capita, second only to China in terms of figures. Iran also tops the charts in the number of executions of minors and juvenile offenders.

From October 2018 to October 2019, Iran Human Rights Monitor has recorded the execution of more than 273 individuals in Iran.

At least 10 juvenile offenders and 13 women were executed, and 17 executions were carried out publicly.

There are six political prisoners among those executed.

In March 2019, the regime’s supreme leader Ali Khamenei, appointed a former notorious judge responsible for mass executions as the head of judiciary to keep a lid on social unrest.

Since then Ebrahim Raisi, who has participated in “death commissions” that ordered the 1988 massacre of thousands of prisoners, at least 173 people have been executed across Iran.

At least nine women have been executed in a period of slightly over eight months, while in a year-long period from 2016 to 2018, the number of women executed by the Iranian regime in the whole year ranged between 6 and 10. At the same time, the execution of drug-related prisoners escalated.

On March 5, 2019, the U.S. State Department deputy spokesman Robert Palladino denounced Raisi’s appointment as the head of Iran’s all-powerful judiciary calling it a “disgrace” and a “mockery of legal process” since Raisi is responsible for the deaths of thousands of political prisoners in the 1980s, including the 1988 massacre.

Palladino tweeted (both Farsi and English): “Ebrahim Raeesi (Raisi), involved in mass executions of political prisoners, was chosen to lead Iran’s judiciary. What a disgrace! The regime makes a mockery of the legal process by allowing unfair trials and inhumane prison conditions. Iranians deserve better!”

Executions carried out in prisons across Iran:

Death penalty violates the most fundamental human rights, the right to life and the right to freedom from torture and cruel, inhuman and degrading punishment.

160 countries across the world have either abolished the death penalty or at least called a moratorium on its use.

The Iranian regime has not only refused to abolish the death penalty, but it executed:

Furthermore, because of the clerical regime’s failure to categorize murders according to their degrees, anyone committing murder is sentenced to death, regardless of their motives. 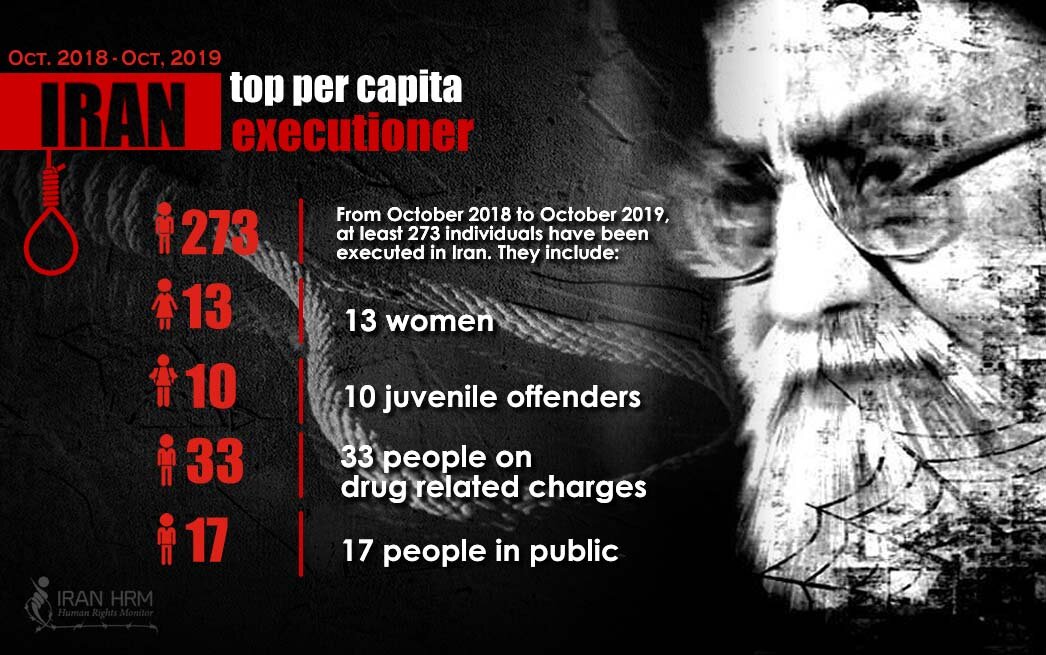 At least 13 women were executed in the past year.

On September 26, 2019, Leila Zarafshan was hanged in the Central Prison of Sanandaj.

An unidentified woman was hanged along with seven male prisoners on September 25, 2019, Raja’i Shahr Prison of Karaj.

Four women were executed in eight days in July. They include Maliheh Salehian hanged in the central prison of Mahabad, Zahra Safari Moghadam, 43, hanged in the Prison of Nowshahr, and Arasteh Ranjbar and Nazdar Vatankhah who had already spent 15 years in prison, hanged in the Central Prison of Urmia.

The Iranian regime is the top executioner of women and holds the record on per capita executions in the world.

Many of the women convicted of murder in Iran are themselves victims of domestic violence against women and have committed murder in self-defense.

The inhuman verdicts of execution particularly for Iranian women are carried out at the end of a non-standard and illegal due process.

At least 10 people have been executed in Iran in 2019 for offences allegedly committed when they were children.

In a flagrant violation of international human rights, the Iranian regime in April flogged and executed two teenage boys without notifying their family or lawyers.

Mehdi Sohrabifar and Amin Sedaghat, two 17-year-old cousins, were executed on April 25 soon after being transferred to Adelabad prison in the southern Fars province. Both were arrested in more than two years ago, when they were 15 years old, and convicted on rape charges.

The boys’ families were granted a visit to the prison the previous day but were not told that it was in preparation for their execution, the human rights group said.

The families reportedly learned of the news when they received telephone calls from Iran’s Legal Medicine Organisation.

Both bodies were reported to have been laden with lash marks, indicating that they had been flogged before their deaths.

Amnesty International said in a statement on April 29.”The Iranian authorities have once again proved that they are sickeningly prepared to put children to death, in flagrant disregard of international law.”

International law strictly prohibits the use of capital punishment in all cases in which the accused was under 18 at the time of the crime.

Iran is a signatory of the UN’s Convention on the Rights of the Child, which forbids use of the death penalty.

In 2013 changes to the penal code designed to protect minors in Iran’s criminal justice system were introduced allowing judges to use discretion in sentencing for capital punishment crimes.

However, according to Amnesty International the changes had not been meaningfully implemented, allowing the authorities to “whitewash their continuing violations of children’s rights and deflect criticism of their appalling record as one of the world’s last executioners of juvenile offenders.”

More than 90 other juveniles remain at risk of execution. Many of them have spent prolonged periods on death row – in some cases more than decade.

Iran has executed several people on vague charges with little transparency or due process.

At least eight prisoners convicted of “waging war on God” or “corruption on earth” has been executed in 2019.

At least 40 inmates convicted of similar charges are on death row in Iran.

Iran is also notorious for executing people for crimes that do not meet the basic international standard of limiting capital punishment to the most serious offenses.

In a recent case, the Tehran Revolutionary Court sentenced a supporter of the People’s Mojahedin Organization of Iran (PMOI/MEK) to death.

According to the sentence, the PMOI activist Abdullah Qasempour was sentenced to death and eight years of prison on charges of “enmity with God by membership in, endorsement of and cooperation with the People’s Mojahedin Organization of Iran”.

The Court accused 34-year-old Abdullah Qasempour of filming the incident and sending the video to media affiliated with the PMOI/MEK.

The judiciary’s long record of violating detainees’ rights and applying of the death penalty without due process have raised grave concerns.

Two prisoners Abdullah Karmollah Chab and Ghassem Abdullah, from Iran’s Ahwazi Arab minority, were executed on August 4, following months of torture during which both were forced to make false confessions.

In August Iranian authorities executed Hamidreza Derakhshandeh, a man who had killed the regime’s Friday Prayer Leader in Kazerun.

Friday Prayer leaders are mullahs who directly represent Ali Khamenei, the Iranian regime’s supreme leader, in different cities, which makes them much hated among the Iranian population who are fed up with the repression and corruption of regime officials.

Last year, Kazerun was shook by popular protests by thousands of citizens who were enraged by the regime’s policies to change the municipal divisions of the city, which would pave the way for more embezzlement by regime officials and result in lower services to the city’s inhabitants.

In comments following the killing of the regime’s Friday Prayer leader in Kazerun, Derakhsan had said, “Dear people of Iran, I love all of you, I love the poor people of Iran, those who don’t have bread to eat at night, those who have become sick of having to borrow money to make ends meet…

Targeting opponents of the death penalty

On June 18, 2019, the Revolutionary Court of Tehran examined a new case filed against Golrokh Ebrahimi Iraee and Atena Daemi for their protest while in detention to the executions of three Kurdish dissidents.

Amir Raissian, lawyer of Golrokh Ebrahimi Iraee, told the press on September 5, 2019, that the same verdict had been upheld in the revision stage without being examined by the Revision Court.

They have been sentenced to 1.5 years in prison on the charge of “propaganda against the state,” and to 2 years and 1 month for “insulting the leader (Ali Khamenei).” Golrokh Ebrahimi Iraee was released from prison in April after more than three years in jail.

In September 2019, on the first anniversary of the executions of Kurdish political prisoners Zaniar Moradi, Loghman Moradi and Ramin Hossein Panahi, Atena Daemi sent an open letter out of Evin Prison emphasizing her opposition to death penalty.

In part of her letter, she referred to her new sentence, writing, “What an honor to receive another prison sentence for my opposition to death penalty and for defending humane living.”

Call for the elimination of the death penalty

On the eve of October 10 which marks the World Day against the Death Penalty, Iran Human Rights Monitor urges all international human rights organizations, especially the High Commissioner for Human Rights and the Special Rapporteur on the situation of human rights in Iran, journalists and the media, to condemn horrendous executions in Iran and take immediate action to stop these medieval crimes being carried out in the twenty-first century.

We want an Iran, free of any executions. 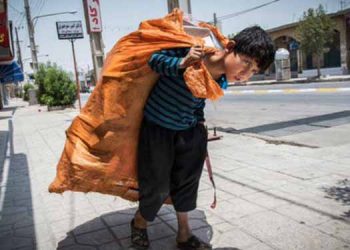 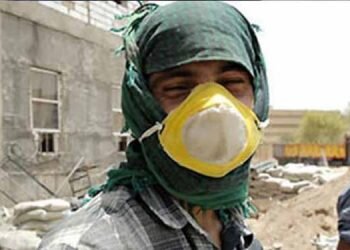