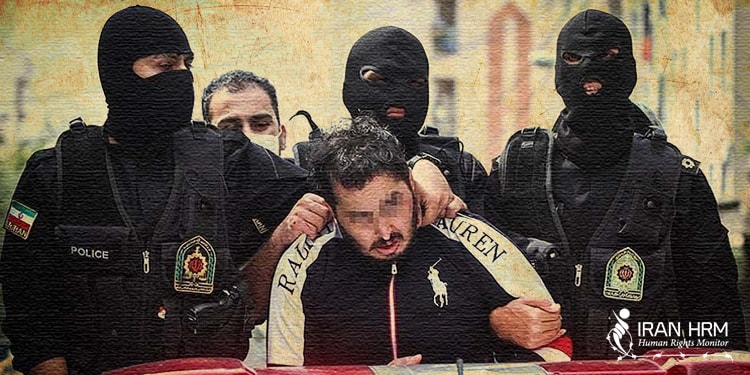 The clerical regime has stepped up its repressive measures and terror campaigns across the country fearing the volatile state of Iranian society.

As the society gets poorer every day, deprived of the minimum resources to deal with the deadly coronavirus, outbreak of angry protests is very likely.

The Iranian Judiciary, Islamic Revolutionary Guard Corps (IRGC), the State Security Force (SSF), and the paramilitary Bassij Force are all engaged in various coordinated plans to prevent outburst, spread and continuation of protests.

The plans not only have the blessing of the mullahs’ supreme leader, Ali Khamenei, but are being carried out on his order. This was acknowledged by Majid Mir Ahmadi, the acting deputy for intelligence and security of the regime’s Armed Forces Staff.

1,831 young men have been rounded up in just one month in the campaigns to deal with “thugs and hooligans.”

August 26, 2020 – Qassem Rezaii, acting commander of the SSF: “The Central Headquarters to Deal with Thugs and Hooligans and its branches have started their work in the capital and cities in other provinces. Dealing with thugs and hooligans is the highest priority of the State Security Force.”

September 17, 2020 – Mohammad Reza Mir-Heydari, Commander of the SSF of Isfahan Province: “Special groups have been formed in Isfahan to deal with thugs and hooligans, quickly and decisively in a concerted manner… The Headquarters to Deal with Thugs and Hooligans has started its work in Isfahan Province since a month ago… All SSF and special Police units have been instructed to monitor these delinquents at all levels and take action to arrest and hand them over to judicial authorities.”

September 17, 2020 – Hossein Rahimi, Chief of Greater Tehran’s Police: “The thugs and hooligans, we will knock them down a peg; we will break their necks. We will deal with these individuals in the harshest manner according to the law… With the special emphases of the Judiciary Chief, Police has intervened in recent days and is dealing with gangs of hoodlums. Many of them have not felt regret and despite serving their sentences are continuing their criminal actions.”

September 17, 2020 – Iran state media: A number of thugs and hooligans were paraded before noon in Tehranpars district, Tehran.

September 22, 2020 – Hassan Madadi, Revolutionary and Public Prosecutor of Alborz Province: “We fully support the actions of the Police in dealing with thugs and hooligans and those who disrupt the public order.”

September 28, 2020 – Hossein Rahimi, Chief of Greater Tehran’s Police: “We have identified 125 places including coffee shops, restaurants, body building clubs, parks and recreational areas where hooligans spent their time, and arrested 389 of them.”

September 29, 2020 – The Greater Tehran’s Police forces carried out a hit operation and arrested hooligans in Daneshjoo Park. Agents of Police Station No. 129 on Jami Ave. and the hit squads of the Eighth Station of Greater Tehran’s Preemptive Police were involved in this operation. The SSF has stepped up its plans to deal with hooligans has kicked off since some time ago, the state-run media reported.

September 30, 2020 – Mohammad Moussavi, SSF Commander of Gachsaran: “Some 600 delinquents have been arrested in this city since September 5 in the fourth stage of improvement of social security… Around 310 vehicles and 130 motorcycles have also been impounded.”

September 30, 2020 – Iman Shahsavari, Revolutionary and Public Prosecutor of Rafsanjan: Eight thugs and hooligans have been arrested. Dealing with people who jeopardize order and security in society will be harsh and decisive to make them remorseful.”

October 1, 2020 – State media reported that several young people were paraded in the city of Rasht, capital of Gilan Province. Calling them “the main elements of mischief making in Poursina Hospital” were arrested by police. They were paraded this noon on the orders of the Judiciary in that location and in public.

October 1, 2020 – Azizollah Maleki, senior official of SSF in Gilan: “The Police and Judiciary are determined to deal most decisively with anyone who disrupts public order.”

October 5, 2020 – Hossein Ashtari, Iran’s Chief of Police: “The state security forces decisively deal with disruptors of order and security and this is a kind of worship.”

October 5, 2020 – Ebrahim Raisi, Iran’s Chief of Justice: “Decisively deal with evildoers, thieves and extortionists. Prosecutors should cooperate as before. Legal leniency does not include villains who have criminal records.”

October 5, 2020 – Ali Akbari Bay Commander of the SSF of Minoudasht City: “Police officers managed to identify the hideout of three famous thugs in Minoudasht. After coordination with the judicial authorities, the defendants were arrested and transferred to the police headquarters.”

October 5, 2020 – Majid Mir Ahmadi, the Deputy of Intelligence and Security of Iran’s Armed Forces: “As the representative of the Chief of Staff of the Armed Forces I announce today that the main demand of the Supreme Leader and the Commander in Chief is drying out the roots of lack of security in the community.”

October 5, 2020 – Iran’s state media published videos and reports of the public degradation of a man identified as M. Sh. who was charged with “public thuggish behavior.”

October 7, 2020 – Several men are paraded on the streets outside of Aladdin Mall in Tehran. One of them, who is constantly slapped on the head and pushed around by a security agent, uses vulgar language directed at himself to “apologize” for his actions.

October 12, 2020 – Tehran’s Chief of Police Hossein Rahimi: “We arrest many criminals every day and will not be bound by the hype and propaganda. Some people want to be in the spotlight, and some imitate intellectuals… “The police will deal with those who violate the people’s rights with the utmost severity.”

Who are the black-clad, masked men who torture young people in the streets?

The black-clad, masked men torturing young people in the streets or guarding the public hangings are members of the elite NOPO Force.

NOPO works under the supervision of the SSF Special Units. The SSF deploys them when they need to use excessive violence to control a situation.

Their mission is to crack down on riots and protest gatherings, take part in special operations involving taking of hostages, explosions, cleansing, etc.

Former NOPO Commander Hassan Karimi said the force played an instrumental role in dealing with student protests in 1999 and the massive protests in 2009. He also announced that the NOPO had created a special female anti-riot unit who will deal with protests involving women.

NOPO was the driving force in the bloody crackdown on protesters during the major uprisings in Iran in December 2017-January 2018, August 2018, November 2019 and January 2020.

NOPO was the force responsible for the massacre of at least 1,500 protesters in November 2019 described as unprecedented in recent years in Iran.

NOPO has a branch in every province which operates in coordination with the SSF commander of that province. However, the SSF Central Special Unit commands their operations and pursues their trainings.

NOPO’s uniform is all black. The choice of color is intended to create fear among and terrorize the public.