Increasing concerns over fate and conditions of Golrokh Ebrahimi Iraee 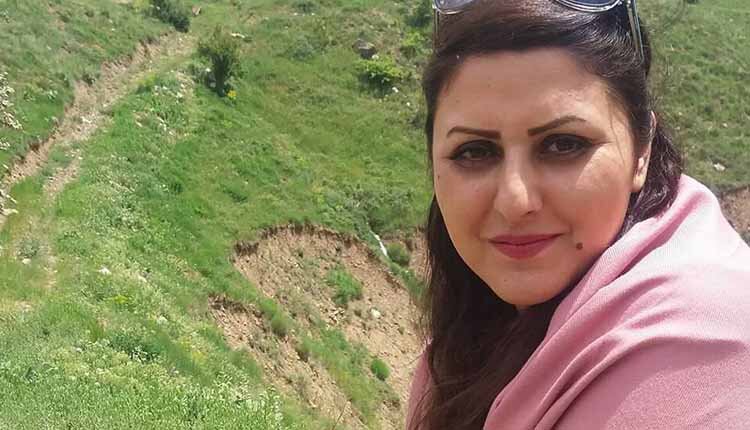 Fate and conditions of Golrokh Ebrahimi Iraee remain uncertain, 11 days since she was brutalized and relocated by force from Qarchak Prison and taken to Ward 2A of Evin Prison.

By Wednesday, December 23, 2020, it is eleven days that there is no information available on the fate and conditions of Golrokh Ebrahimi Iraee.

On Sunday, December 13, twenty male and female guards raided Ward 8 of Qarchak Prison and beat the inmates, mostly political prisoners, with stun guns and batons. They took Golrokh Ebrahimi Iraee by hair, dragging her on the ground and taking her out of the wards. As they were removing her from the ward, the guards said she should be at Ward 2A of Evin.

The IRGC Intelligence had summoned Golrokh Iraee on December 7, saying she should go there for investigations, without mentioning the reason. Ms. Iraee refused to go, declaring that the summon was illegal as she was serving her sentence in Qarchak Prison.

Ms. Iraee’s family have been persistently inquiring about her from Evin Courthouse but have not been given any clear answers. They fear that the intelligence services are fabricating charges against their daughter and filing a new case against her.

The official supervising the condition of political prisoners, Amin Vaziri, told the Iraee family that they should not wait for their daughter. He said: “She was behind the riot in Qarchak Prison and she deserves whatever happens to her!”

The Iraee family were also summoned by an IRGC agency and threatened not to talk to the media about the detention of their daughter.

Golrolkh Ebrahimi Iraee was imprisoned in Evin on October 16, 2015, for writing an unpublished book against stoning. During her time in prison, a new file was trumped up against her, according to which she was sentenced to more imprisonment.

After an 81-day hunger strike, Golrokh Iraee was finally released from prison on April 8, 2019, after completing her first sentence, but had to deposit bail for her new prison sentence. Shortly afterwards, Ms. Iraee was rearrested and taken to Qarchak Prison to serve her 3 years and 7 months’ prison term.