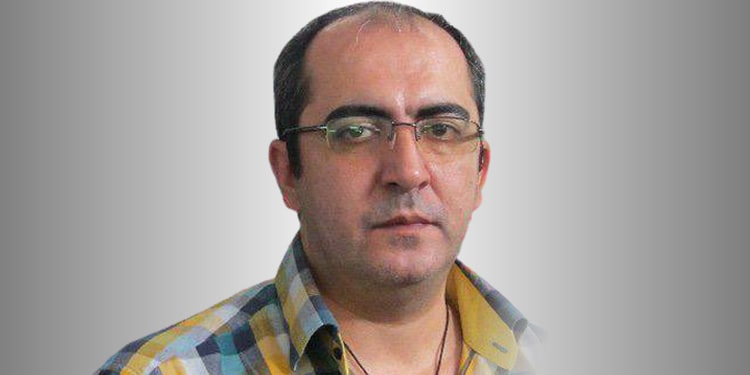 An Iranian journalist, Fariborz Kalantari has been sentenced to prison, lashes and other punishments for writing about a corruption case against a senior Iranian official’s relative.

According to the verdict issued by a Tehran criminal court Fariborz Kalantari has been sentenced to three years of prison, 74 lashes, a financial penalty, and apologizing to the plaintiff yesterday by the Tehran Criminal Court.

He had been convicted of several crimes seven months earlier, related to his past reporting about the corruption case involving Mahdi Jahangiri, a banker and the brother of First Vice President Eshaq Jahangiri.

Jahangiri sued Kalantari for writing an article which cited his financial corruption. Kalantari was charged with “insulting” Jahangiri and “publishing lies” and was sentenced to three years of prison and lashes. This is while before this Mehdi Jahangiri was convicted of corruption in court. But he will only spend two years in prison for “professional currency smuggling”.

The journalist tweeted a photo of the court document on Feb. 5, along with a message saying that Mahdi Jahangiri had just been sentenced days earlier to a two-year prison term for the corruption case that the journalist had previously written about.

“A perfect example of how justice is administered under Ebrahim Raisi (Iran’s judiciary chief),” Kalantari wrote in his seemingly sarcastic Farsi tweet.

Iranian judiciary spokesperson Gholamhossein Esmaili had announced the sentencing of Mahdi Jahangiri on Jan. 26, saying it was final and could not be appealed.

According to the Reporters Without Borders (RSF) annual report, Iran has been one of the world’s most repressive countries for journalists for the past 40 years.

The report says that state control of news and information is unrelenting in Iran and at least 860 journalists and citizen-journalists have been imprisoned or executed since 1979.

The Islamic regime exercises extensive control over the media landscape and its harassment of independent journalists, citizen-journalists and independent media has not let up.

They are constantly subjected to intimidation, arbitrary arrest and long jail sentences imposed by revolutionary courts at the end of unfair trials. The media that are still resisting increasingly lack the resources to report freely and independently.