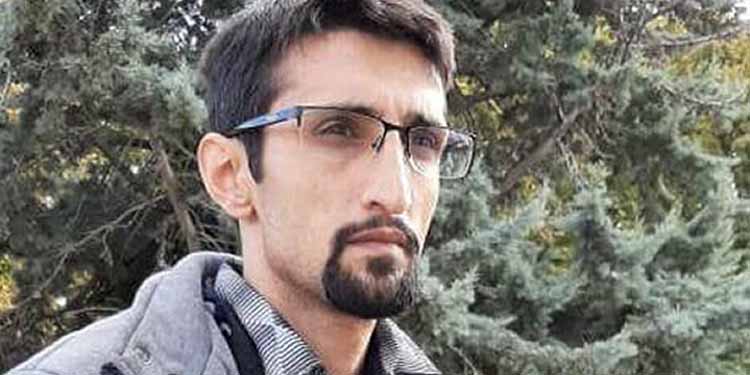 Iranian Christian convert Ebrahim Firoozi has gone on hunger strike since Feb. 13, demanding a ‘complete acquittal’ of what he calls the ‘false allegations’ made by the Ministry of Intelligence against him.

He had previously announced that he would go on a hunger strike to protest continued confiscation of his mobile phone and laptop by the Ministry of Intelligence.

The 34-year-old Christian convert, who has already spent 15 months in exile was arrested and taken to Chabahar Prison on February 8, after being summoned to answer new charges of “propaganda against the Islamic Republic in favour of hostile groups”.

The allegations came after some videos of him were shared on social media in which he complained about the continued rights violations against him.

Ebrahim Firoozi was initially arrested in January 2010 for converting from Islam to Christianity and allegedly organizing Christian religious meetings.

During his first arrest he was told he would be freed if he declared himself a Muslim, a source told the Campaign. After Firoozi refused, the Revolutionary Court in Karaj convicted him of “propaganda against the state” for his religious conversion and alleged missionary activities and sentenced him to five months in prison with an additional five-month suspended prison sentence. He was freed on June 8, 2011.

Firoozi was arrested a second time on March 8, 2012 for allegedly “attempting to create a website teaching about Christianity” (in order to convert people) and again charged with “propaganda against the state” for which he was sentenced to one year in prison and two years in exile by Judge Hassan Babaee of the Revolutionary Court in Robat Karim. The Appeals Court upheld the decision.

The Christian convert was arrested a third time on September 16, 2013 and held in Ward 240, which is under the control of the Intelligence Ministry, in Evin Prison in Tehran where he was “insulted for his beliefs” and pressured to give false confessions, the source told the Campaign.

In April 2015 Judge Mohammad Moghisseh of Branch 28 of the Revolutionary Court sentenced Firoozi to five years in prison for allegedly “creating a group with the intention of disturbing national security.”

He was released in October 2019 after serving nearly six years in prison for his religious activities. Later in November 2019 he was sent to exile in remote Sistan and Baluchestan province.