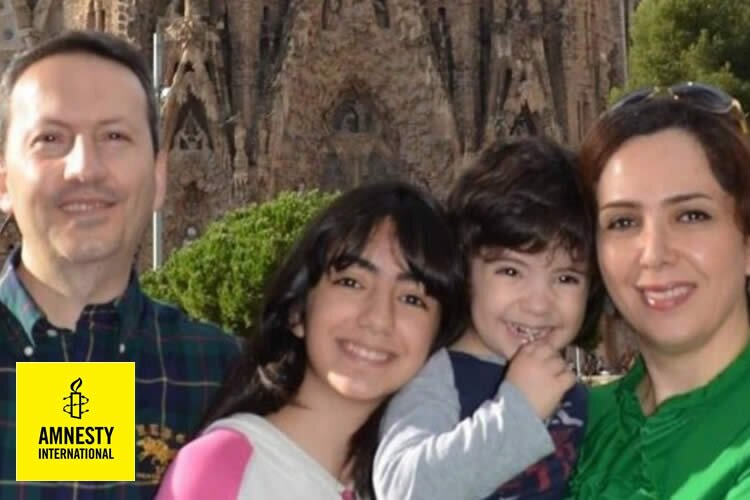 The medical doctor and university lecturer had studied and taught in Sweden, Italy and Belgium. Since his arrest in April 2016, several European officials have called for his release.

Zeynab Taheri, one of Ahmadreza Djalali’s lawyers, told Amnesty International that he was sentenced to death for the charge of “corruption on earth” (ifsad fil-arz), and has been given a 200,000 euro fine. The court verdict, which was shown to one of the lawyers, states that Ahmadreza Djalali worked with the Israeli government, who subsequently helped him obtain his residency permit in Sweden.

“Ahmadreza Djalali was sentenced to death after a grossly unfair trial that once again exposes not only the Iranian authorities’ steadfast commitment to use of the death penalty but their utter contempt for the rule of law,” said Philip Luther, Amnesty International’s Research and Advocacy Director for the Middle East and North Africa.

“No evidence has ever been presented to show that he is anything other than an academic peacefully pursuing his profession. If he has been convicted and sentenced for peacefully exercising his rights to freedom of expression, association and assembly, including through his academic work, the authorities must immediately and unconditionally release him and drop all charges against him.”

Ahmadreza Djalali was arrested by Ministry of Intelligence officials in April 2016 and held without access to a lawyer for seven months, three of which were in solitary confinement. Even after that period, every lawyer he selected was rejected by the court.

In a voice recording that was published on YouTube on 22 October, Ahmadreza Djalali is heard saying that, while in solitary confinement, he was twice forced to make “confessions” in front of a video camera by reading out statements pre-written by his interrogators. He says that he was put under intense pressure through psychological torture and threats to execute him and arrest his children to “confess” to being a spy for a “hostile government”. In the recording, he says that his academic beliefs have been used to convict him and sentence him to death. He also denies the accusations against him and says they have been fabricated by Ministry of Intelligence interrogators.

“At a time when the Iranian authorities are actively strengthening ties with countries in the European Union, it is absurd that they are using Ahmadreza Djalali’s academic links to a European country as part of the ‘evidence’ against him,” said Philip Luther.

Ahmadreza Djalali’s wife Vida Mehrannia, who lives in Sweden with their two children, has told Amnesty International that his physical and mental health have sharply deteriorated since he was detained. She added: “We are calling for his release because he has not committed any crime.”

Amnesty International opposes the death penalty in all cases without exception regardless of the nature of the crime, the characteristics of the offender, or the method used by the state to kill the prisoner. The death penalty is a violation of the right to life and the ultimate cruel, inhuman and degrading punishment.