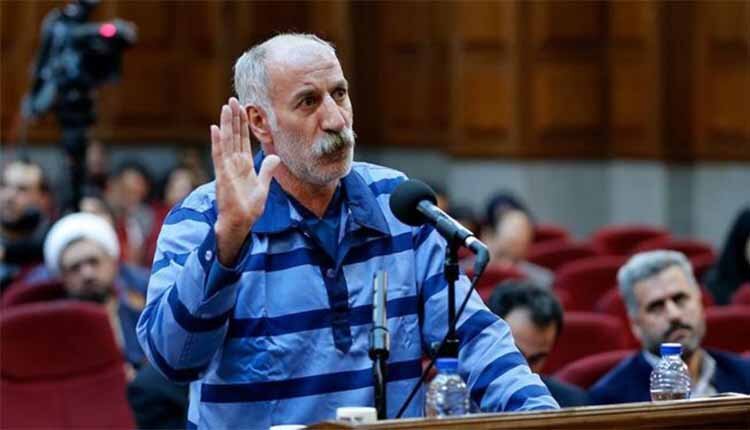 The Head of Tehran’s Judiciary said that the death sentence for Mohammad Salas, a member of Gonabadi Dervish community and the bus driver in the Pasdaran Street incident which led to the deaths of three agents, was confirmed by the Supreme Court, according to the state-run ISNA news agency.

“The case was sent to the Supreme Court and the verdict, which was three counts of retribution for three murders of police officers, one year of prison and 74 lashes for disrupting public order, was confirmed by the Supreme Court,” Gholamhossein Esmaeili said. “Given the certainty of the legal proceedings, the Tehran Prosecutor’s Office will soon take legal action to enforce the sentence,” he added.

On February 21, a man claiming to be Salas appeared on a video in a hospital room apologizing to the families of the victims for driving the bus that killed the five men.

“I don’t know what I was thinking at that moment. I had no intention to kill anyone. I got angry and pressed the gas,” said the man in the video. “It was out of my control… It just happened. I give my condolences. What can I do?”

It is said that Salas had been arrested a few hours before the bus ran over the anti-riot forces, rising more suspicions. Eyewitnesses say he was severely beaten while arrested.

During a previous press conference, Rahimi said the police contemplated using military-grade weapons against the protesters.

“Our tactful and moderate response should not be interpreted as appeasement,” he said on February 22. “We could have destroyed the agitators’ house with a rocket-propelled grenade but we acted tactfully and from a position of strength.”

While visiting injured security forces at a hospital in the capital on March 2, Tehran Prosecutor Abbas Jafari Dowlatabadi threatened to “deal seriously” with “the perpetrators of recent disturbances.”

He made no mention of a possible death sentence against the bus driver but said the drivers of two passenger cars who had also allegedly run over security forces on February 19 had been arrested and “confessed.”