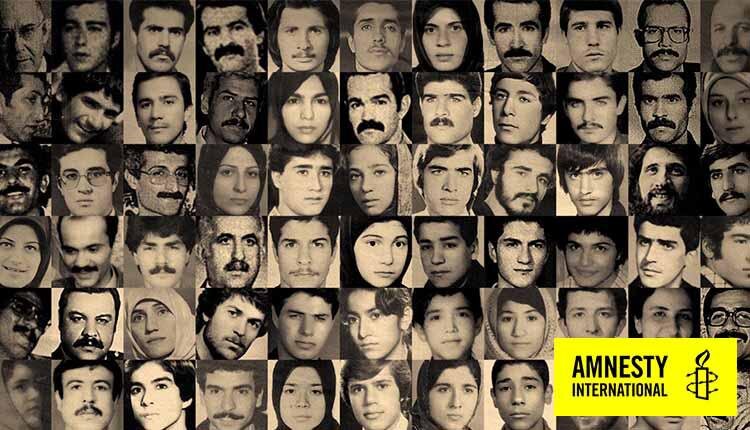 Human rights organisation Amnesty International has published a report entitled “Blood-soaked secrets: Why Iran’s 1988 prison massacres are ongoing crimes against humanity”. The report highlights that the Iranian dictatorship, by denying the families of the victims the right to bury their loved ones is prolonging the abuse. Furthermore, those that are looking for justice are being harassed and intimidated and many have been arrested and detained by Iranian authorities.

To make matters worse, various sites where many victims were buried have been destroyed by Iranian authorities that are trying to get rid of evidence of their crime.

More than 30,000 political dissidents were killed, simply for being a member of or for expressing an interest in the main opposition to the Iranian regime. It is a crime against humanity for which those responsible have never been held accountable.

Many of those involved in the planning, organisation and carrying out of the atrocity even rose through the leadership ranks and have since held very high positions. The current Iranian minister of justice is Alireza Avaei. During the 1988 massacres, he was part of the so-called “death commission” in the city of Dezful. Mostafa Pour Mohammadi who was justice minister from 2013 to 2017 said that as a member of one of the “death commissions”, he is happy to have carried out “God’s commandment”. He also said that he has never lost sleep on the matter since 1988.

Former prosecutor general who ran for presidency last year, Ebrahim Raisi, was a member of Tehran’s “death commission” during the massacres. He has held a number of high positions since the massacre.

In order to produce the report, Amnesty International used the testimonies of a large number of survivors and family members from Iran and it looked at many documents from its own archives. This included statements from the United Nations, materials from survivors including memoirs and reports, and statements from the Iranian authorities.

Amnesty International is calling for justice for all of the victims. Philip Luther, Middle East and North Africa Research and Advocacy Director at Amnesty International, said: “The grotesque distortion of the truth about these heinous crimes, coupled with the clear lack of remorse displayed by those with blood on their hands, is sickening. All individuals involved in committing and concealing these crimes must be brought to justice in fair trials that exclude the death penalty.”

Since the incident took place, the United Nations and the international community did not take steps to ensure that justice is served. Nor did they take the appropriate steps to discover the truth about the events. This had resulted in disaster for the survivors and the families of the victims. It is a complete disregard for human rights and it is time that the Iranian government is held accountable for the atrocious crimes against humanity that it has perpetrated.

Amnesty International concluded: “[…] the international community as a whole must no longer ignore these crimes against humanity and allow them to go unaddressed and unpunished. […] The international community has grossly failed the survivors and families of the victims of the mass extrajudicial executions and enforced disappearances of 1988 in Iran. This failure has had a devastating impact not only on survivors and victims’ families but also on the rule of law and respect for human rights in the country.”