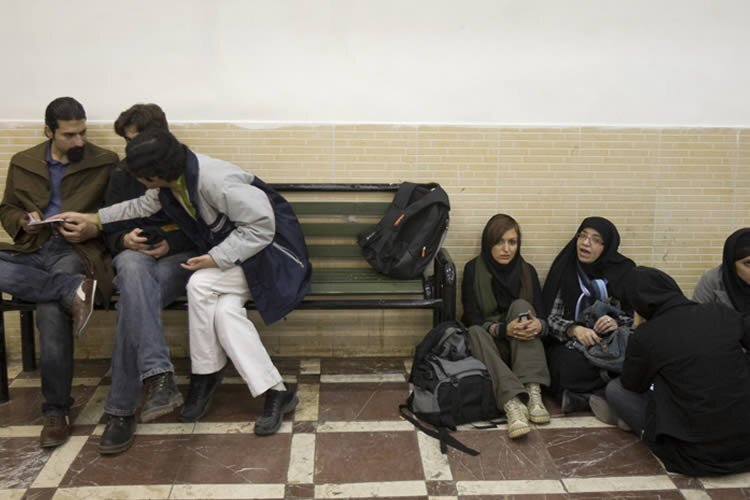 Iran’s unemployment rate indicates university graduates are the biggest unemployed population in the country. The number of unemployed graduates in the fall of 2018 increased from 37 percent to 40 percent.

According to the International Labor Organization (ILO) if a country’s youth unemployment is more than double the general unemployment rate, the country faces a crisis in terms of unemployment.

The increasing downturn in Iran’s economy has led to an ever-growing economic and social crisis manifested in unprecedented rates of unemployment, poverty, and inequality.

State-run ILNA news agency published a report on October 23 quoting a member of Iran’s expediency council saying that “nearly 70 percent of the factories, workshops, and mines in the country are bankrupt or have closed down.”

The economic catastrophe, rooted mainly in four decades of economic mismanagement, has taken such staggering dimensions that Iranian officials now consider it one of the major national security challenges the Iranian regime faces.

On September 26, state-run Etelaat newspaper wrote: “As a warning to policymakers, one should pay attention to the fact that if the economic situation of the country has been the main motivating force of recent protests; if the protests are analyzed as a reaction to a 10-percent inflation and 12-percent unemployment rate, it’s inconceivable how harsh the responses would be if the inflation rate reached multiples of ten and accompanied by a twin crisis of banks and currency and added to extreme increases in the unemployment rate. Therefore, policymakers should pay attention to the fact that the recent economic turmoil, which nothing has been done to contain it despite continuous warnings by economic experts, can have a variety of consequences.”

Another example of the Iranian regime’s increasing concerns about the economic situation is the parliament research center’s recent comments to Mehr news agency on September 2.

Officially known as the Research Center of Islamic Legislative Assembly, the center has access to classified information of the Foreign Ministry, Intelligence Ministry and the Defense Ministry of Iran and primarily works for members of the Iranian parliament, their committees and staff.

Having access to classified information in Iran, considering how secretive and opaque the country and its political system is, amounts to quite a privilege that helps create scientific and credible reports about the socio-economic situation of the country.

After expressing grave concerns about the deeply rooted unemployment crisis, Iranian parliament’s research center says: “Considering the unemployment rate among the young, women, and university graduates in different provinces and remembering the protests in winter 2017-2018 is a warning that reveals the necessity of change in Iran’s economic path more than ever before.”

The center calls the increase of unemployment rates to over 15 percent very alarming and warns again that, “the unemployment rate of 15-to-29-year-old women in Kurdistan, Kerman, Ardebil, and Kermanshah provinces is more than 84, 79, 78, and 76 percent [respectively].”

Looking at some of the recent comments by Iranian officials is more than revealing.

On September 14 Iranian outlets reported Masoumeh Aghapuralishahi, an Iranian MP and board member of the economic commission, saying: “We are beyond the unemployment flood. I predict that by the end of October, there will be a tsunami of unemployment. We have put so much pressure on manufacturers on different levels, including in procuring raw materials, that the production cycle is facing problems.”

“By doing these things, instead of an Islamic economy, a kleptocracy is implemented,” she adds.

On September 29, Tejarat Farda website wrote: “The unemployment tsunami has happened in Iran’s economy a relatively long time ago and the more complex economic situation in a recent month has just revealed it more clearly.”

On August 29, ISNA news agency quoted the chief of the “Kar” [meaning labor] parliamentary group saying: “Currently, in Iran, one in every six-person works. Nearly 20 million young persons aged between 15 and 29 are unemployed. Unemployment rates among 15- to 29-year-old males and females are 21 and 40 percent [respectively].”