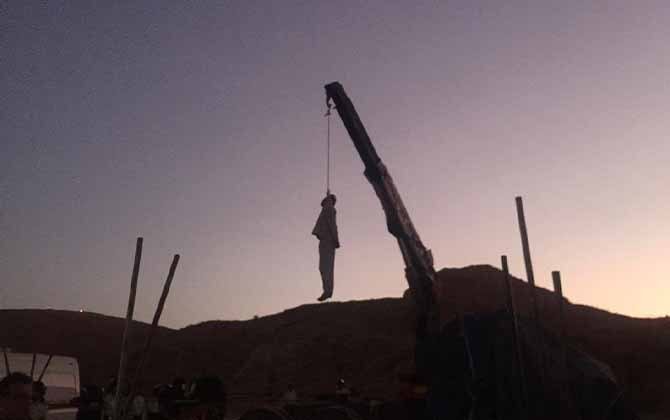 A man who killed the notorious Friday Prayer leader (Imam) of the city of Kazeroun, southern Iran, was hanged in public this morning, August 28, 2019.

Hamid Reza Derakhshandeh had stabbed to death Mohammad Khorsand on May 29 as he was returning from a religious ceremony at 3:30 in the morning.

The execution was carried out at the location of the murder.

Derakhshande, 47, had said he had punished the Friday prayer leader for stealing from poor people. He never had a criminal record and said he had sacrificed his life for the well-being of “those who had no bread to eat” and “those who did not afford to pay back their loans.”

In comments following the killing of the regime’s Friday Prayer leader in Kazerun, Derakhsan had said, “Dear people of Iran, I love all of you, I love the poor people of Iran, those who don’t have bread to eat at night, those who have become sick of having to borrow money to make ends meet…

Hamid Reza Derakhshandeh, was tried on July 3, at a court in the city of Shiraz, capital of Fars province.

The judge issued the verdict minutes after a single court session.

Rampant corruption and embezzlement in the clerical regime in Iran and lack of justice have frustrated the people suffering under the poverty line.
They are taking the law in their own hands and paying price of it.

In 2007, Majid Kavousifar was also hanged in public for avenging a notorious judge in Tehran.
Moment before his death, Kavousifar boldly waved to the crowds, saying, “I will die a man.”