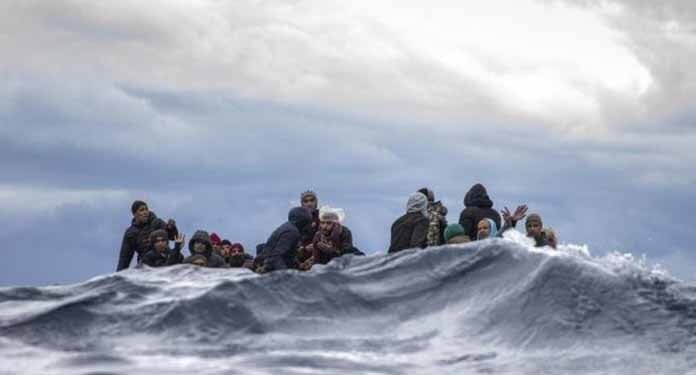 Unprecedented floods have claimed at least four lives and caused severe damages to cities and villages since early January in the impoverished province of Sistan and Baluchestan in south east Iran.

The floods have affected 500 villages and 14 towns in the province alone and 20,000 houses have been damaged or destroyed.

In Nikshahr, 200 villages have lost internet and telephone communications and there’s no news of their conditions.

Many villages in the province have been completely submerged in water.

Aerial images show the city of Jask in Sistan and Baluchestan Province SE #Iran submerged by flood water.
No sign of any state aid. Thousands of homes have been flooded, with hundreds of villages under almost a metre of water and only accessible by boat. pic.twitter.com/c2uIZmnWZx

The impoverished people of these villages have lost what meager belongings they had.

Locals are complaining of not receiving any adequate aid from the government.

Five days after the floods, locals continue to suffer in traumatic conditions and are in dire need of help.

Pictures and videos circulated on social media show villagers climbed up into the trees to escape the rising flood waters. Many are living on the rooftops of standing buildings.

complaining of not receiving any adequate aid from the government a local said, “It’s been five days now that we our homes are under water. There is no clean water to drink. There’s no food, either. We’re struggling. We need help.”

Another local said, “The floods washed away mud houses and the thin sheep that we survived on. I have a student who’s been wearing a ripped pair of shoes for the last 1.5 years. Those shoes were also washed away.”

Speaking to the state-run TV, a man said, “You come and take your pretty reports but censor what’s really happening”. He says the regime has not provided tangible aid after severe floods ravaged the province.

Man in flood stricken Sistan and Baluchestan province says to #Iran's state-run TV, "You come and take your pretty reports but censor what's really happening". He says the regime has not provided tangible aid after severe floods ravaged the province. pic.twitter.com/hTclx7fJ3q

Meanwhile, waterflood has pushed alligators, called gando in the local Baluchi language, into villages and some of the reptiles have been menacing flood victims.

The Department of Environment in the flood-stricken province warned the locals on Monday about marsh alligators that have strayed from ponds into flooded areas.

According to the Director-General of Sistan and Baluchestan the alligators, have become aggressive due to feeling endangered by the floods.

Disaster-stricken provinces don’t have front loaders, bulldozers and other equipment to restore the pathways.

Several reports indicate that people are taking matters into their own hands and providing aid to flood victims as authorities failed to provide any meaningful aid to thousands of people in desperate need.

Images of people taking matters into their own hands & providing aid for the victims.
The regime has failed to provide emergency aid to flood-hit locals in Sistan and Baluchestan in SE #Iran pic.twitter.com/SOyGaPkydf