A report from inside Greater Tehran Penitentiary 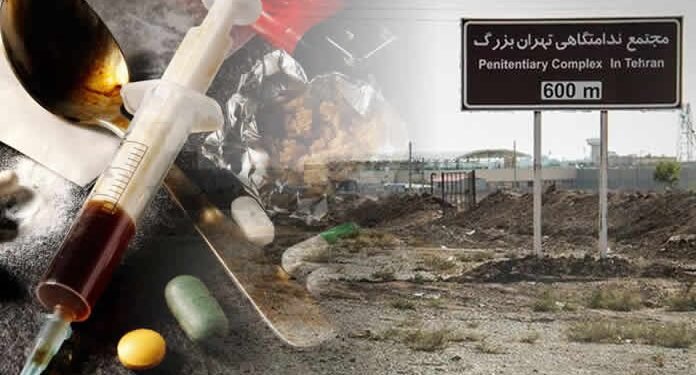 Iran Human Rights Monitor has received a report from inside Iran indicating a systematic effort by the Iranian Judiciary to addict detained protesters and young people to narcotic drugs. Hedayat Farzadi, the warden of the Greater Tehran Penitentiary (GTP), and his hirelings carry out the Judiciary’s scheme in this prison.

Vahid Safari, convicted of violent robbery and sale of narcotic drugs, has been picked by Hedayat Farzadi as security guard to watch over prisoners in GTP’s Ward 5.

Young people arrested during the nationwide protests in November 2019 against fuel price hike and in January 2020 for protesting the downing of the Ukrainian passenger flight are imprisoned in Ward 5 of the Greater Tehran Penitentiary.

According to the informed source, Vahid Safari deceives the prisoners and talks them into using drugs. To those who have a hard time tolerating prison conditions, he says if they use drugs it would be easier for them. Safari recommends that they use crack.

Security forces shut down the bathroom and shower complex for several hours so that their customers could use drugs without stress. No closed circuit cameras are installed in this complex and this ward.