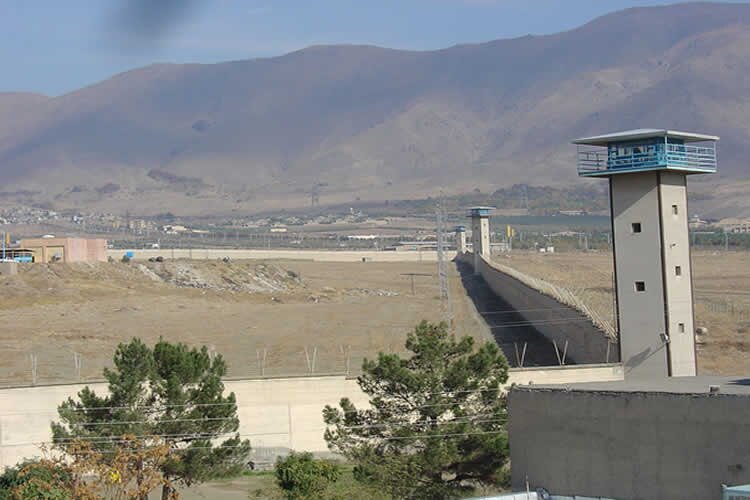 A prisoner identified as Mohammad Ameri died in Raja’i Shahr Prison (Gohardasht) of Karaj after special guards hit him hard by batons on Saturday, February 1, 2020.

Special Guards of Gohardasht Prison raided inmates in ward 6 on Saturday, February 1, brutalizing them by batons and other tools. They subsequently sent the prisoners out in the cold under snow.

Mohammad Ameri was hit hard by batons during the guards’ raid. He fell to the ground and suffered brain hemorrhage. Despite his conditions, the guards continued clubbing him with batons while he was laying on the ground. He ultimately lost his life in the freezing cold weather, due to prison authorities’ inaction and turning a blind eye on his conditions.

Prisoners of Ward 6 of Gohardasht Prison held a widespread protest inside their ward after Mohammad Ameri’s death.

Over the past weeks, the special guards of Gohardasht Prison have been raiding wards 1, 3, 5 and 6 during the night while prisoners are asleep. They ruthlessly wake up the prisoners and start beating and insulting them. If any prisoner protests, they tie up his hands and feet, beat him up, take him to a solitary cell, and abandon him while wounded.

The nightly raid on Saturday, February 1, is said to have been ordered by Allah Karam Azizi, the warden of Raja’i Shahr Prison.

Allah Karam Azizi is notorious for his brutality towards prisoners, killing, torturing and maiming them in Darab and Kazerun prisons in Fars Province. He has been appointed by the clerical regime’s chief of Judiciary, Ebrahim Raisi, as warden of Gohardasht Prison of Karaj.