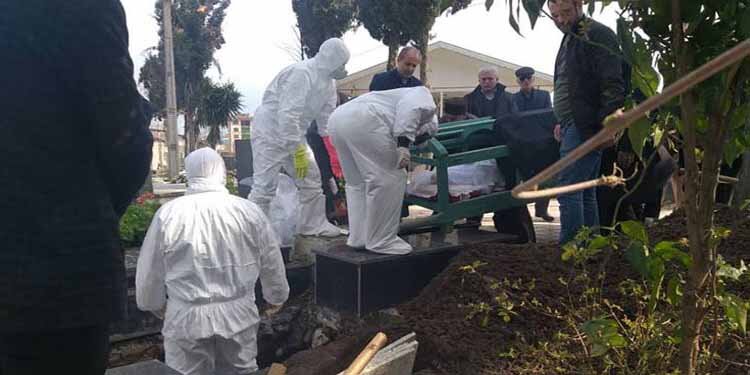 Corona outbreak goes out of control in Iran amid regime’s cover up and mismanagement of the situation.

The clerical regime has failed to take any effective measures to prevent the corona outbreak from turning into a catastrophe, while its cover up, concealment and dissemination of false and misleading information have contributed to the rapid spread of Coronavirus in Iran and turned it to an epicenter for transmission of the virus to other countries. The death toll is rising all across the country due to the regime’s incompetence and mismanagement.

Abdul Karim Hosseinzadeh, member of parliament, said “the corpses are being piled up in Qom” and the people of Rasht are helpless in coping with outbreak. He said these are evidence of the regime’s incompetence in giving timely warning and informing the public in advance.

No preemptive measures to prevent the spread of Coronavirus

There have been no suitable preemptive measures and monitoring in the cities and even in the clinics and medical centers.

A source in Qom says, “At noon on Tuesday, March 3, I went to Behesht-e Massoumeh (Cemetery). I thought they had prepared a special platform for victims of Coronavirus. But this was not the case. Those who had died from Corona were being washed like the other deceased. The person who was digging the graves said more than 250 Corona victims had been buried so far. The families who had lost someone due to the virus, were sitting on the dirt on their graves and mourning. The grave digger says they pour only 50 centimeters of soil on every corpse. It’s just that it is mixed with lime.”

In many Iranian cities, hospitals are full and they cannot admit new patients. In the city of Gorgan, they tell people to quarantine themselves at home. They have sent many Corona patients back to their homes. People are in serious danger and the number of people contracting the disease is adding more by the day. Due to lack of preemptive measures, the corona outbreak is out of control in the city.

The sanitary status in many hospitals is just very weak.

Despite official claims of supplying sanitary material to the public, reports from different cities say people do not have even the most basic necessities including face masks and gloves which are scarce, very expensive, and people do not afford to buy.

Quite a few video clips on the internet show long queues of people lining up outside while the pharmacies are incapable of responding to their basic needs.

Amidst such crisis, the IRGC has taken advantage of the shortages to make profits for their own.

Sources have reported from inside Iran that factories with ties to the IRGC put new stickers on regular deodorizers and sell them instead of alcohol disinfectants.

One of the employees of a sanitary products factory who was speaking on condition of anonymity said: “I work at a vaccine factory. The doctor and manager of our department is a member of the IRGC. He went to the Ministry of Health and took him only 5 minutes to receive a license to produce the vaccine. Since we do not have any equipment for doing this, we worked like underground workshops. We took a barrel, put water and alcohol in it, put a tap on the barrel for filling the bottles. This solution easily goes to the market. The material used for making this disinfectant solution were water and very low dosages of alcohol. But the label on the bottle reads: Glycerin, Ethanol, essence, etc. Every liter of this solution sells for 150,000 tomans in the factory.”

Lives of Political Prisoners at Risk Amid Coronavirus Outbreak