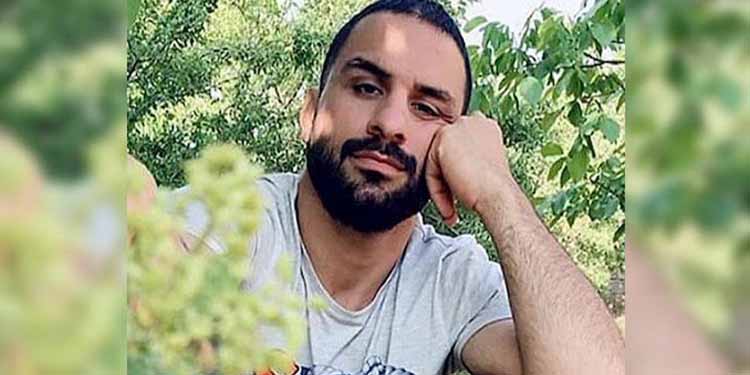 In a letter to the Chief of Iranian Judiciary, the parents of champion wrestler Navid Afkari, urged him to allow their sons to be examined by the Coroner’s Office.

In their letter to Ebrahim Raisi, Hossein Afkari and Bahieh Namjou, the parents of the Afkari brothers, noted that their sons had been brutalized in solitary confinement.

This is while under the law of the Iranian regime, the prisoner’s health and respect must be safeguarded while in detention.

The parents of the Afkari brothers also appealed to the Judiciary Chief for revising the verdicts issued for their sons and addressing their complaints about being mistreated in confinement and forced to make false confessions against their will.

They urged Ebrahim Raisi to facilitate physical examination of their sons by the Coroner’s Office as they bear the scars of beatings on their bodies.

In a related development, the spokesman for the Iranian Judiciary announced that the verdict for Navid Afkari is “retribution” and the parents of the victim are to decide about his life.

Although Navid and his two brothers have stated more than once that they were tortured to make false confessions, the court ignored the torture evidence put forth by their defense team.

Champion wrestler Navid Afkari was sentenced to two executions, prison, and lashes while two of his brothers, Vahid and Habib were sentenced to overall 81 years of prison and lashes over protests in 2018. They were detained for their participation in nationwide protests in August 2018.

Navid’s death sentence has been confirmed by the Supreme Court and his request for appeal was rejected.

Since their arrests, the Afkari brothers have been exposed to brutal tortures.

In a video message on August 30, 2020, the mother of the Afkari brothers, Behieh Namjoo, said: “Vahid has been under so much physical and psychological torture that he attempted suicide three times… to force him to implicate Navid.”

She added: “They held an unjust and false trial where my children were not able to defend themselves and sentenced them without evidence of any crime…

“I call upon the people of the world and the people of Iran and anyone who can hear me to help [fight] the unjust sentences against my sons.”

In a letter, the champion wrestler Navid Afkari described the horrific physical and psychological tortures inflicted on him by the regime’s authorities.

In another audio file shared on August 31, 2020, Navid’s brother Vahid also talks about being tortured and threatened during interrogation:

“I was in a coma in the Namazi Hospital (in Shiraz) for three days and no one could hear me. Then they tortured me and put a plastic bag over my head. They beat me with chains for hours and struck the bottom of my feet with a baton. They would pee on the floor and force me to walk on it. They threatened to arrest my mother and sister.”

Vahid continued: “From the very beginning the victims’ parents denied knowing us. I told the judge to present a witness. If there’s proof of my presence on my phone or on a camera footage, show it. If a murder weapon has been uncovered at our home, show it… when I said these things the judge only laughed and made fun of us.”