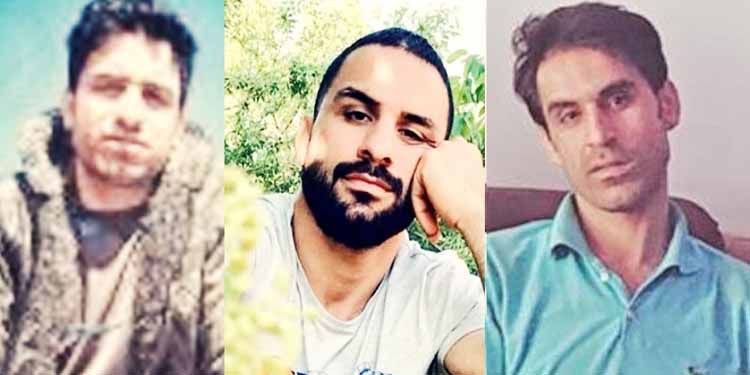 A revolutionary court in Shiraz has sentenced a protester two executions, prison, and lashes while two of his brothers were sentenced to overall 81 years of prison and lashes over protests in 2018.

The three men were arrested for taking part in nationwide protests in August 2018.

Navid Afkari Sangari, 27, has received to death sentences, six years and six months of prison, and 74 lashes for the murder of a security agent.

Another protester who was charged in the case, 22-year-old Saied Dashtaki, was sentenced to more than 21 years in prison, and 74 lashes.

The Supreme Court has upheld the sentences their request for appeal was rejected.

A source close to the brothers said Navid Afkari, a wrestling champion with no criminal record, and his two brothers took part in the 2018 protests,  “so the judiciary deemed the participation of all three brothers as the organization of a group”.

“This is while they never carried out any actions that would be a sign of creating a group,” the source said.

The source said that they were charged with playing active roles in the Kazerun and Shiraz protests in August 2018.

“They were also accused of killing a security agent for suppressing the protests.”

The source said the court brought a long list of charges against them, but most had weak foundations.

The informed source, who has comprehensively reviewed the contents of the dossier, said that the case of these people has been examined once in the Revolutionary Court on security charges. The murder of “Hasan Turkman” a member of Basij militia was one of the most important examples of “corruption on earth” which led to the issuance of a death sentence.

The same case was also heard by a public court upon the complaint of the security agent’s family where another death sentence was issued.

Other charges such as disturbing public order were heard by yet another court which led to another sentence.

“Navid and Vahid Afkari were brutally tortured by the notorious Shiraz Intelligence Police to make forced confessions,” the source added.

Eyewitness accounts of the torture and beatings have been included in their dossier but were ignored in court.

The judge presiding over the case in the revolutionary court, who is also the head of Shiraz Judiciary, sentenced Navid and Vahid to “moharebeh” (waging war against God) in the final verdict even while they were sentenced to “corruption on earth” during the court proceedings. Their lawyers’ protest over the change in sentencing was also ignored.

According to the case, Navid and Vahid Afkari were arrested on September 17, 2018 while Habib was arrested on December 13, 2018. Saied Dashtaki, the fourth person charged in the case was also arrested in September 2018. Vahid and Navid had court-assigned lawyers while Habib and Saied were deprived of lawyers.

In the second part of the case, heard by the Fars Province Criminal Court on August 7, 2019, 20 other charges were added to the case. These include:

These charges are currently being reviewed and are not finalized. The Afkari brothers and Saied Dashtaki are in different sections in Shiraz Prison and are not allowed to see each other.