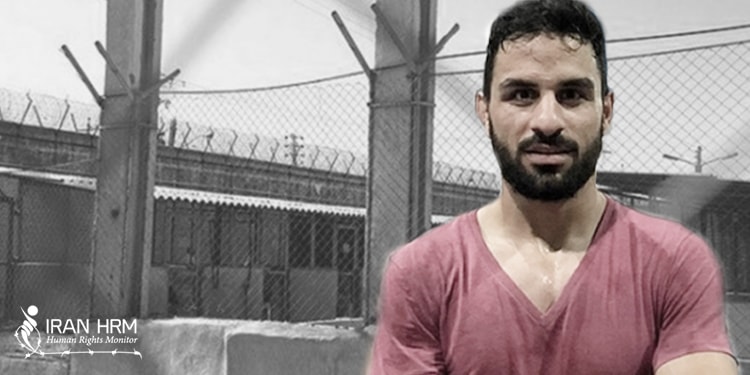 The basement of the Central Prison of Shiraz, also known as Adelabad Prison, is where Iran’s wrestling champion Navid Afkari spent his final days before being executed on September 12, 2020.

The notorious basement of Adelabad Prison is also called “Ebrat” which literally means “a lesson.”

Ebrat is run by the IRGC Intelligence Division and is where they torture detained protesters arrested during various uprisings, particularly in November 2019.

All the protesters who had been injured during the November 2019 protests were snatched out of hospitals and transferred to Ebrat, in the basement of the Central Prison of Shiraz.

It has been also reported that protesters arrested in various cities including Tehran, Isfahan, Behbahan, Sanandaj, Karaj and even in cities of the northern province of Gilan have been banished to the basement of Adelabad Prison, i.e. Ebrat.

The IRGC is cautious so that the names of and information about the prisoners in Ebrat prison are not leaked out and do not reach the international organizations.

All of the guards working in Ebrat basement are tasked to harass and harm the detainees.

They call each other by titles such as “left-handed Jalal,” “Godless Majid,” and “shameless Hussein.”

One of these guards has written on the entrance to Ebrat basement: “There is no God here!”

Prisoners are tortured blindfolded in the Ebrat basement.

Some prisoners’ nails are pulled out to force them to make false confessions.

Some prisoners are suspended from the ceiling and beaten with a cable on their hands, feet, and fingers. In many cases, the prisoners’ fingers break.

Another torture is to strip a prisoner naked and place him in the scorching sun or in the extreme cold.

Three detainees of the November 2019 protests died in this prison under torture.

Some 350 to 400 protesters are detained in 100 filthy cells in this basement. The cells are 20 square meters and each prisoner has 1 square meter of space at most. Each cell has a hole which is used as the toilet.

There is no access to bath or shower. Prisoners can have a cold shower in the prison’s yard only for one minute, during which they are hit by the water hose by prison guards.

Prisoners do not have the right to talk to each other and will be punished if a word is exchanged between them. Cutting food ration for a week is an example of the type of punishment.

Prisoners are deprived of using the telephone to communicate with the outside world.

Prisoners are monitored by CCTV round the clock.

There is no medical care in Ebrat prison. Many of the detainees were left unattended after the brutal crackdown in November 2019. Some detainees who had been injured under torture, their wounds were infected.

Call to save detained protesters

The Iran Human Rights Monitor calls on the UN human rights bodies and all international human rights organizations to form an international delegation to visit prisons and detention centers in Iran. They should particularly demand to meet with the detained protesters and take effective measures to secure their release.