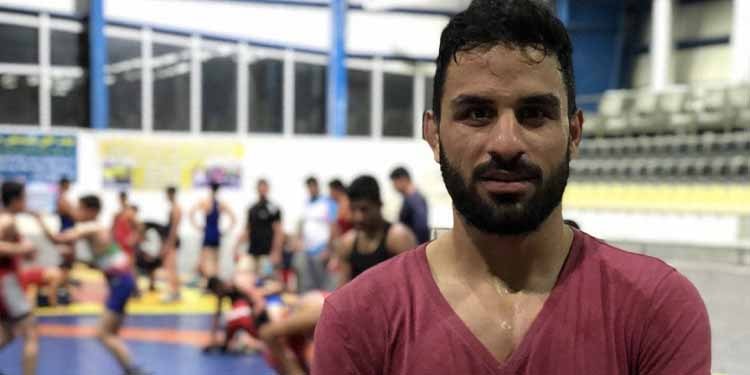 Death row protester Navid Afkari has been taken to a high-security ward in Adelabad Prison.
His two brothers, Vahid and Habib were beaten and then transferred to “Guidance Ward”, where prisoners are kept as punishment and have limited contact with the outside world.

The section where Navid Afkari is currently imprisoned is run by security forces and political prisoners are usually transferred there as punishment. Prisoners are not allowed to contact or visit with their families and cannot leave the section. Prisoners do not have easy access to fresh air and might be allowed to leave indoors once every few weeks.

“The Afkari family announced that Navid was taken to the public section of the prison as of Thursday and that they have lost contact with him,” Hassan Younesi told the Telegram channel that operates out of Iran.

Younesi said that the family later confirmed that his two other brothers, detained protesters Habib and Vahid, were also taken to an unknown location.

“Prisoners’ families have a right to know about their situation and health,” he stressed.

Death row protester Navid Afkari, a 27-year old wrestling champion, was arrested along with his brothers, vahid and Habib, following the nationwide protests in August 2018 and was charged by the Revolutionary Court of Shiraz with “taking up arms against the regime.”

The Afkari brothers say they were psychologically and physically tortured to confess to crimes that they had not committed.

In a letter from Adelabad Prison Navid Afkari described the horrific physical and psychological tortures inflicted on him by the regime’s authorities.

In an audio recording leaked from the prison, Afkari has repeated that he did not kill anyone and that the CCTV footage that the court has based its verdict on proves his innocence. In the audio message he says he had to confess to the killing under torture.

International condemnation of the death sentence

There is a wave of protests and criticism from inside Iran and across the globe over the criminal execution ruling issued for Navid Afkari and his two brothers, Vahid and Habib, by the so-called judiciary in the city of Shiraz, south-central Iran.

US President Donald Trump has called on Iran to overturn the death sentence against Navid Afkari. “To the leaders of Iran, I would greatly appreciate if you would spare this young man’s life, and not execute him,” Mr Trump tweeted on Thursday.

“Navid Afkari is a young man that is struggling for the pride that Khamenei’s regime has long deprived the Iranian people of. Khamenei’s thugs have tortured Navid to such an extent in order to obtain coerced confessions from him. Not satisfied with their effort in destroying Navid’s dignity, now they have sentenced him to death,” the tweet reads in Persian.

A hashtag created to urge Iranian authorities to drop the death sentence topped all Persian language hashtags on Twitter on September 2 and ranked among the ten top English language hashtags.