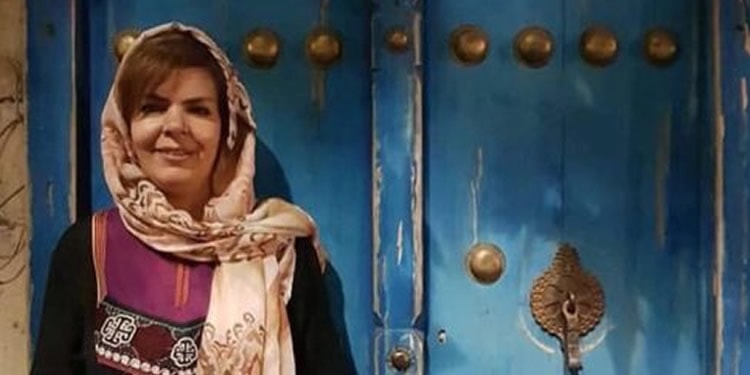 Monireh Arabshahi needs to have her thyroid gland scanned and undergo surgery according to doctor’s diagnosis but she has been deprived of the medical treatment she needs.

On December 13, 2020, a specialist doctor in Kachuii Prison ordered a test for Monireh Arabshahi to be done within 48 hours. This test has not been done so far, after four days.

Ms. Arabshahi has difficulty breathing because of the swelling of her throat.

Monireh Arabshahi and her daughter, Yasaman Aryani, are imprisoned for opposing the mandatory veil. They are deprived of going on leave because Evin Prison authorities have not transferred their files from Evin to Kachuii Prison, yet.

Yasaman Ayrani has also tested positive for the COVID-19. She has been isolated and abandoned along with several other inmates without receiving any medical care.

Yasaman Aryani who had been arrested for the first time in August 2018, was released from Evin Prison on February 14, 2019 after completing her sentence. Then again, on April 10, 2019, she was rearrested and taken to Vozara Detention Center, in downtown Tehran. The next day, her mother, Monireh Arabshahi, who went to ask about her daughter, was also arrested. Both mother and daughter were taken to Qarchak Prison of Varamin on April 11, 2019.

On August 13, 2019, they were sent from Qarchak Prison to the women’s ward of Evin Prison. Then again, on October 22, 2020, they were relocated to Kachuii Prison in Karaj.

The 28th Branch of the Revolutionary Court of Tehran sentenced Monireh Arabshahi and her daughter, Yasaman Aryani, to 16 years in prison, each, for “assembly and collusion against national security, propaganda against the state, and encouraging corruption and prostitution.” The Revision Court commuted their sentence to 9 years and 7 months, of which 5 years and six months will be implemented for each of them.