New wave of persecution against Baha’i citizens in Iran 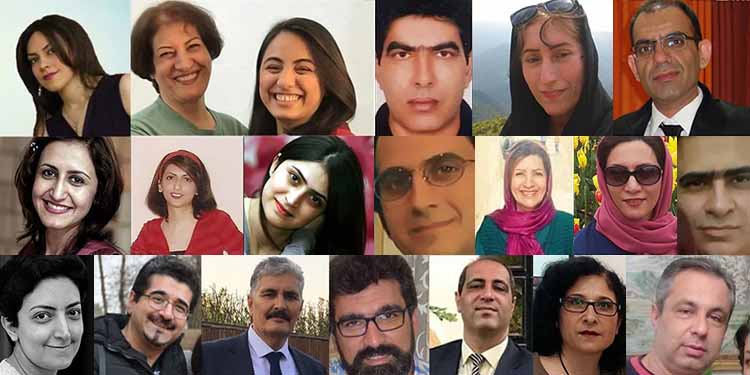 Baha’i citizens in Iran are facing a new wave of arrests and raids on their homes in several cities across the country.

In the past days, dozens of Baha’i citizens have been detained or summoned to begin their prison terms over their religious faith. Some have been harassed by the state security forces who raided and searched their homes.

On March 27, five Bahai women were summoned to serve their prison terms in Mashhad, northeastern Iran. They were told to present themselves within 10 days to serve their sentences. The five women were identified as Nika Pakzadan, Faraneh Daneshgari, Sanaz Eshaghi, Nekisa Hajipour, and Naghmeh Zabihian.

In October 2020, the five Iranian Bahai women were sentenced to one year of prison each by the 3rd Branch of the Mashhad Revolutionary Court, also upheld by an appeals court, for “spreading propaganda against the state by being Bahai”.

They were previously arrested on November 15, 2015 in Mashhad as well.

According to another report, two Bahai women identified as Maral Rasti and Mahnaz Jan Nesar were recently transferred to Bandar Abbas Prison in southern Iran to serve their two-year prison terms. They were sentenced to overall 14 years of prison along with six other Bahais who have been detained in the prison for the past month. In addition to their prison sentences, they were each banned from membership in political or social groups for two years and participation in Bahai gatherings. They were also sentenced to forced participation in five sessions of “ethnic” classes.

On April 6, nine Baha’i men and women were summoned to serve their prison terms in Alborz Province, west of the capital Tehran. They were told to present themselves within five days to serve their sentences. The nine Baha’i men and women were identified as Houman Khoshnam, Elham Salmanzadeh, Payam Shabani, Kianoush Salmanzadeh, Sorush Agahi, Parvan Manavi, Jamileh Pakrou, Peyman Manavi and Neda Shabani.

Earlier in August 2020, these Baha’i citizens were sentenced to one year in prison each by Branch 2 of the Shahriar Revolutionary Court, presided over by Judge Panahi, and the Tehran Court of Appeals upheld the sentence.

On the same day, seven Iranian Baha’is were detained in the south-central city of Shiraz.

The men and women were transferred to a detention center. Their homes were searched, and their personal belongings including their religious books, electronic devices, computers, and smartphones were confiscated upon arrest.

Following the arrest of the seven Baha’is in Shiraz, the state security forces on April 7, raided the home of William Momtazian, searching his home and confiscating his belongings.

Baha’i citizens in Iran face state harassment and discrimination and their faith are not officially recognized.

In past years, many Baha’is have been banned from higher education and their businesses have been shut down. Many have been persecuted for their religious beliefs.