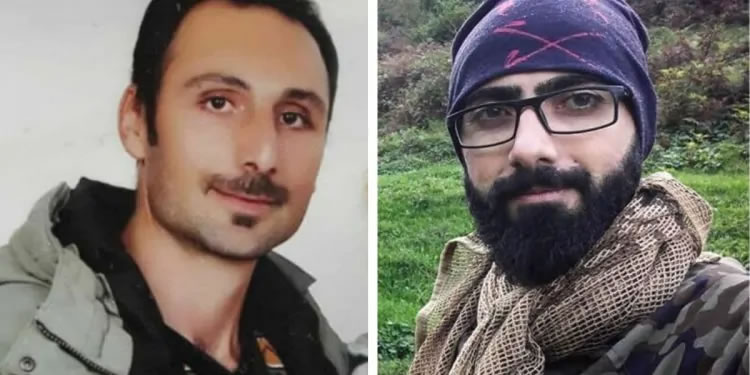 An appeal court in Iran has upheld prison and flogging sentences against two Azerbaijani Turkic activists.

The Branch 10 of Ardabil Court of Appeal, has upheld a total of eight months in prison and 40 lashes against Meysam Jolani and Ali Khairjou.

Their trial, presided over by Judge Sajjad Habibi, was initially held on December 1, 2020. They were both charged with “participation in disrupting public order”.

The sentence of these activists has now been upheld and it has been suspended for a year.

Meysam Jolani and Ali Khairjou were detained on October 1, 2020 in their homes, after taking part in a gathering in Ardabil’s Jiral Park. Security agents without badges scaled their home walls and raided their homes. They were also brutally beaten upon arrest.

Khairjou’s wife, Afsaneh Akbarzadeh was also arrested on October 3, 2020, along with the family members of others in the gathering. She was released the next day.

They were transferred to Ardabil Prison and then taken to the Ardabil Detention Center on October 20, 2020. The two men were temporarily released on bail on October 29, 2020.

Iran’s use of degrading punishments and torture

At least 13 flogging sentences have been issued this month by the regimes judicial system.

On April 22, the Shahroud Criminal Court sentenced 25-year-old Milad Nazeri and 26-year-old Seyed Shabir Hosseini Nik to a total of 72 lashes for their social media posts. Both are students at Shahroud University of Technology Central Campus.

On April 15, state-run media reported that eight people including one woman were sentenced to lashes by Iran’s Judiciary.

On April 8, Jailed social media activist Zohreh Sarv was flogged 74 times before going on leave. The 35-year-old activist was lashed 74 times, despite the lashing sentence having been altered to a fine which she had paid for.

On April 4, five members of the Islamic Council in Tehran’s Parand city were sentenced to lashes by the Public and Revolutionary Court of Robat Karim County. They were charged with economic crimes and transferred to the Greater Tehran Penitentiary.