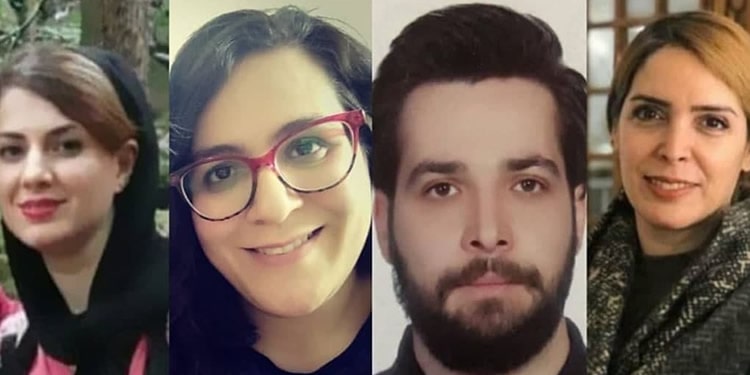 An appeals court in Iran has sentenced four Iranian Baha’is to 12 years of prison solely for being members of their religious community.

According to the verdict, which is recently notified to these citizens, they were each sentenced to three years in prison on charges of “membership in an illegal organization with the aim of disrupting the national security.”

The four Iranian Baha’is were tried in absentia in 2019 and sentenced to a total of 20 years. The sentence was later reduced to 3 years of prison for each person.

Regarding the verdict, the court cited activities of the four Baha’is such as “finding, educating and giving presents to poor people and children with delinquent guardians who are deprived of education,” and “preparing a brochure on the occasion of World Red Cross and Red Crescent Day and International Children’s Day.”

The four Baha’is emphasized that their activities aimed at promoting humanity and advocating good morals.

The Iranian regime has increased its suppression against Bahais.

A revolutionary court in Iran has recently sentenced six Baha’i citizens to a total of 73 years and 6 months in prison.

Borhan Esmaili, Maryam Bashir, Faranak Sheikhi, Hayedeh Ram, Minoo Bashir and Derna Esmaili, six Baha’i citizens living in Shiraz and Borazjan, were sentenced by the Revolutionary Court of Dashtestan (Borazjan) to a total of 73 years and 6 months in prison. The court sentence is pending an appeal and if confirmed, each of the Bahais will have to serve 10 years of prison.