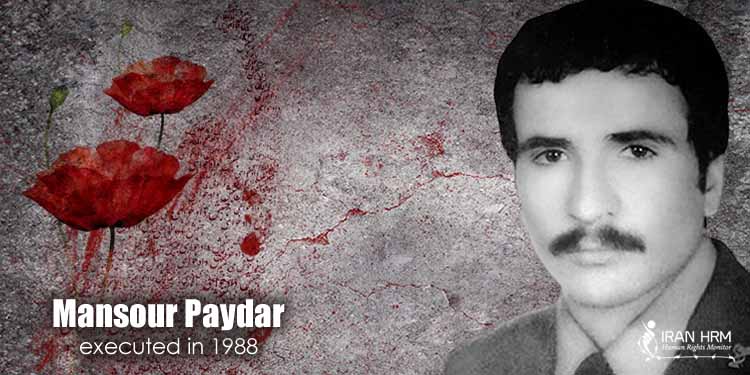 Mansour Paydar was born in 1950 in Kashan, Iran.
He had to work hard from his childhood to earn a living and pay for his own education.

He graduated high school in Kashan and then was admitted in Army Medical School.
After the 1979 revolution in Iran he took part in politics and joined the People’s Mojahedin Organization of Iran (PMOI/MEK) in Tehran.
Along with politics,

Mansour Paydar visited patients for free. He even paid for the medicine of some patients. Dr. Mansour Paydar was arrested a few times before 1981 in Tehran and Kashan. Once was in Kashan election campaign for the PMOI, but he went on hanger strike and was release after two weeks.

Finally, a few days before the PMOI’s grate demonstration in 19881 he was arrested and kept in prison for six years until 1987.
After he was released from prison, he was looking for a way to leave Iran.

Three months later he was arrested while crossing the border.

He was executed during the 1988 massacre.
His younger brother Mashallah Paydar was executed around the same time in Isfahan.