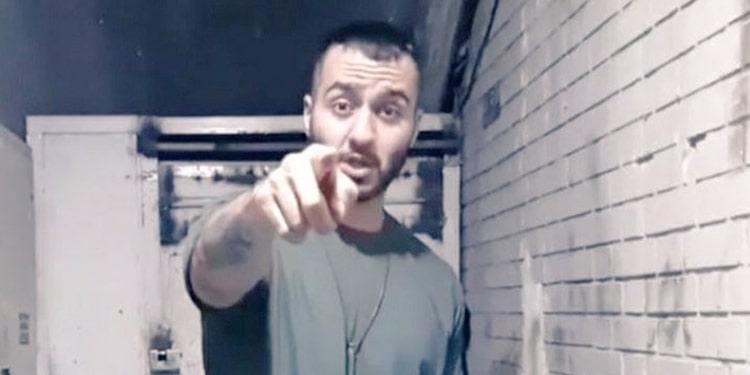 In a series of tweets on Friday, The international human rights watchdog said “Iran’s authorities must immediately and unconditionally release #TomajSalehi, a dissident rap artist detained solely for exercising his right to freedom of expression. In his songs, he spoke out against repression, corruption, poverty and impunity & called for accountability.”

“Reports indicate that 12 members of the security forces arrested #TomajSalehi at his home on or about 13 September 2021 and that he is held at an unknown location. Days prior to his arrest, he wrote on his now deactivated Twitter account that he may be arrested soon,” Amnesty said in another tweet.

Eqbal Eghbali, Toomaj Salehi’s uncle, previously confirmed the news of the Iranian rapper’s arrest and wrote on his Instagram page that the Iranian regime cannot tolerate the protests of dissident youth.

Three days after Toomaj’s arrest, Eghbali said in another Instagram post, “Let us be Tomaj’s voice, as he was our voice.”

He called on the defenders of freedom to sing the song “Mouse Hole” in public and play it on his cell phone. Support this imprisoned artist.

Eghbali urged human rights advocates and freedom lovers to sing Toomaj’s songs in public places and play it loud from their smartphones to show their support for this imprisoned artist.

Prior to his arrest, Toomaj Salehi had protested the policies of the regime in his two recent works, “Normal Life” and “Mouse Hole”, which were widely embraced by Iranian social media users.

Iranian social media users protested the arrest of Toomaj Salehi and demanded his release under the hashtag #FreeToomaj.

Prior to his arrest, Salehi announced on his Twitter account that he might be arrested and wrote: “Well, comrades, I keep my phone away because they probably have my location through this. Don’t worry, I won’t let them arrest me because we have a lot to do with them! I will take a secure phone in a few days.”

In another tweet he said, “You should know that I am not afraid of death, imprisonment, and torture. What I fear is to see women sell their bodies out of want and shut my mouth. I am afraid of watching people bend into the trash bin up to their waist [to find food] but remain silent; to see you beat a worker and stay quiet; to witness your killing of a protester and torturing of his justice-seeking family, and shut up… There’s a sea of blood between you and me.”