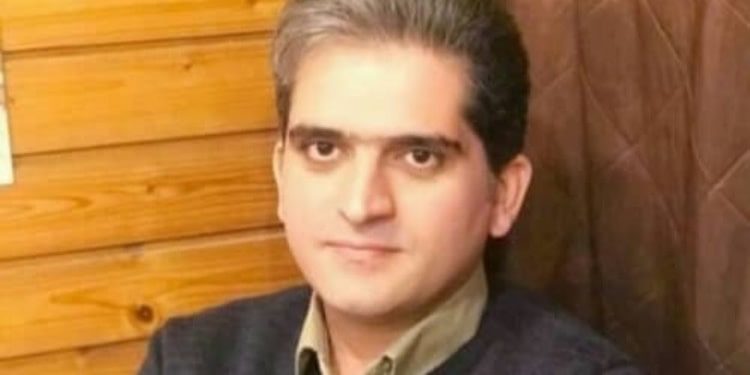 According to the news, it is not clear which agency made the arrest, but “Aziz Ghasemzadeh’s personal belongings have been confiscated.”

The arrest took place while in recent weeks, Iranian teachers have been protesting for higher salaries and legislation establishing a ranking system.

They have been demanding the full implementation of Article 30 of Iran’s Constitution, which requires the government to “provide all citizens with free education up to secondary school.”

This demand is particularly important now that various school fees have been repelling some families, particularly from working-class and poor neighborhoods, from sending their children to school.

Aziz Ghasemzadeh, who was also prosecuted in 2017 for his peaceful activities, wrote a critical note a few days ago about the ranking plan: “To expect that change in education system will benefit teachers is a false hope; However, as protests become more widespread, the balance of power can ultimately upset all tricks against the interests of teachers. “

In recent years, with the escalation of the economic crisis and the spread of poverty among various segments of society, Iranian teachers have formed many union protests, most of which have focused on livelihood dificulties but have faced security crackdowns.