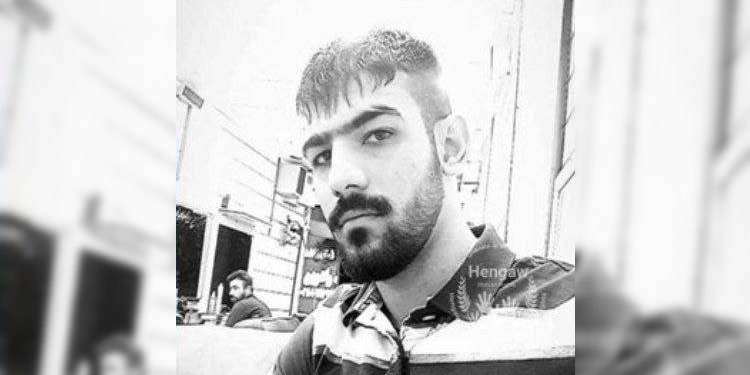 A Kurdish prisoner died under torture on September 23 at the Greater Tehran Penitentiary.

The man was identified as 22-year-old Amirhossein Hatemi.

He was from Ilam, western Iran, and residing in Tehran.

An informed source said he was killed under severe beatings of batons to his head by the prison guards.

The source said Amirhossein was working in one of Tehran’s bazaars when he was detained for getting into a fight with another citizen.

His father said he will not accept his son’s body until the cause of death is formally determined.

The torture, harrasment and mistreatment of detainees are among the most serious rights violations in the Iran’s prisons.

Dozens of political prisoners are among those who’ve perished in Iranian prisons in the past years.

Iranian authorities have failed to provide accountability for at least 72 deaths in custody since January 2010, despite credible reports that they resulted from torture or other ill-treatment or the lethal use of firearms and tear gas by officials, according to a report by Amnesty International.

Amnesty noted that the real number of deaths in custody is likely much higher given the lack of transparency in Iran’s justice system and the fact that many human rights violations go unreported due to widespread fear of reprisal and systematic repression of civil society.

On September 21, Shahin Naseri, witness to executed wrestling champion Navid Afkari, died in the Greater Tehran Penitentiary. Shahin was sentenced under criminal charges but was one of the few eyewitnesses to Navid Afkari’s torture in Shiraz’s Adel Abad Prison. His hand-written testimonies and audio were published on social media last year.

On September 13, a Kurd political prisoner identified as 31-year-old Yasser Mangouri was killed under torture in an Intelligence Ministry detention center in Piranshahr northwestern Iran. Yasser was married and father to three children.

In February 2021, Behnam Mahjoubi, a Sufi dervish imprisoned in Tehran’s Evin Prison, died from serious neurological issues after the State Medical Examiner concluded he could not withstand incarceration and recommended his release.

In June 2021, prisoner of conscience Sasan Niknafs lost his life in the Greater Tehran Central Penitentiary after the authorities ignored his multiple physical and mental health problems. He was kept in the prison infirmary despite his deteriorating health, where he passed away.

In early September, a young prisoner identified as Hadi Attazadeh was killed after being flogged for drinking alcohol in the city of Ahar in northwestern Iran. Hadi passed away a few hours after being lashed as punishment by judicial agents in Ahar Prison.

Iranian prosecutors and prison authorities have little accountability to any independent body, especially when it comes to cases of political detainees. Deaths in prison are rarely investigated in a transparent manner and relatives or defense lawyers are usually kept in the dark.