Political prisoner Khaled Pirzadeh sew his eyelid to be heard 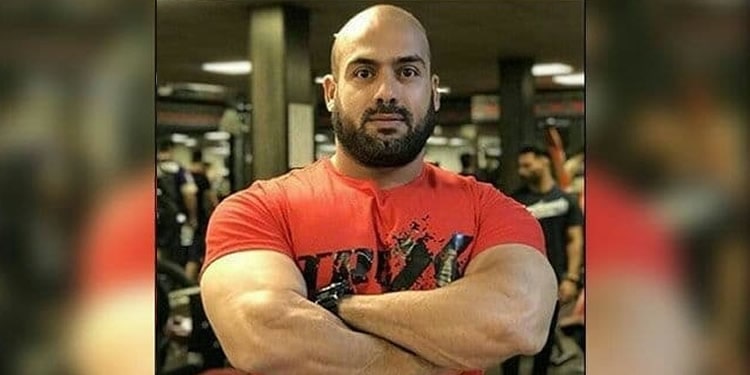 A political prisoner held in Sheiban Prison, sewed his right eyelid to protest the authorities’ refusal to grant him parole and temporary leave.

In an audio file which political prisoner Khaled Pirzadeh sent from the prison on Thursday, he said that he sewed his right eyelid to protest the authorities’ refusal to fulfill their promises and their repeated disrespect to his family.

He also said that prison authorities did not allow him to see a prison doctor after his action.

The political prisoner went on a hunger strike in June to protest his condition. After two weeks, he ended his strike when authorities agreed to grant him conditional release (parole).

The authorities granted him furlough. But a few days after his return to the Greater Tehran Penitentiary, where he had been held that time, they deported him to Sheiban Prison in Ahvaz.

Since then he has been held in Ward 5 of the prisonn with inmates who are convicted of severe violent crimes.

Khaled Pirzad was arrested on May 26, 2019. He was brutally beaten upon arrest by security forces. The young political prisoner was transferred to Evin Prison after interrogations. In January 2019, he was sentenced to five years of prison for “assembly and collusion against national security” in the 28th Branch of the Tehran Revolutionary Court, presided over by the infamous judge, Mohammad Moghiseh. He was sentenced to another two years of prison for “insulting the Supreme Leader”.

Prisoners in Iran resort to strikes and in noumerous cases to life-threatening protests to convey their voices.

Political prisoner Ali Mohammadi Moghaddam in Urmia Prison, sewed his lips together in November for the second time in the past two years to protest the authorities’ refusal to address his legitimate demands.

Mehdi Darini, another political prisoner in Tehran’s Evin Prison, set himself on fire on October 27, 2021, after his lawful requests for parole were repeatedly rejected.
Darini’s action was a response to the judiciary’s refusal to free him even after he was eligible for release—a common experience for political prisoners in Iran.

Previously, political prisoner Vahid Afkari attempted suicide on at least two occasions in Shiraz’s Adelabad Prison to protest being tortured and the prison’s inhuman living conditions, as well as being held in solitary confinement for months with no means of legal recourse through the courts.

Article 502 of the Code of Criminal Procedure also allows for the suspension of a prisoner’s sentence if incarceration could worsen her or his physical or mental illness.

However, the authorities have repeatedly ignored laws that could protect political prisoners so that they can deny or delay their freedom and have often withheld medical care to the seriously ill.