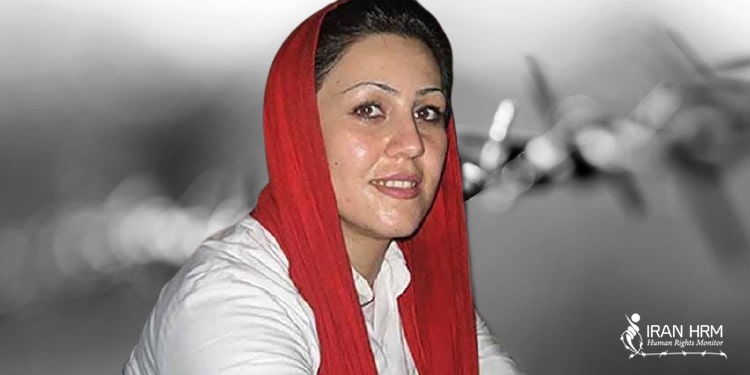 Political prisoner Maryam Akbari Monfared is serving her 13th year in exile in Semnan prison. She is suffering from fatty liver disease and is deprived of minimal facilities in Semnan prison.

“Maryam Akbari is unable to provide the food needed to maintain her minimum health as the doctor has set,” an informed source said. “Because there are no facilities for cooking food even for the sick inmates in Semnan Central Prison.”

“This political prisoner has been forced to eat bread and cheese for about a year. Because she cannot eat prison food and this food has endangered her health.”

Maryam Akbari was arrested on December 31, 2009, after the tremendous uprising on December 27 that year which shook the pillars of the regime. In June 2010, the Revolutionary Court of Tehran handed down a 15-year prison sentence for Moharebeh on the alleged charge of “membership in the People’s Mojahedin Organization of Iran,” a charge which Mrs. Akbari has never accepted.

She has been in prison without a single day of leave since the day she was detained. She suffers from Thyroid malfunction and joint rheumatism.