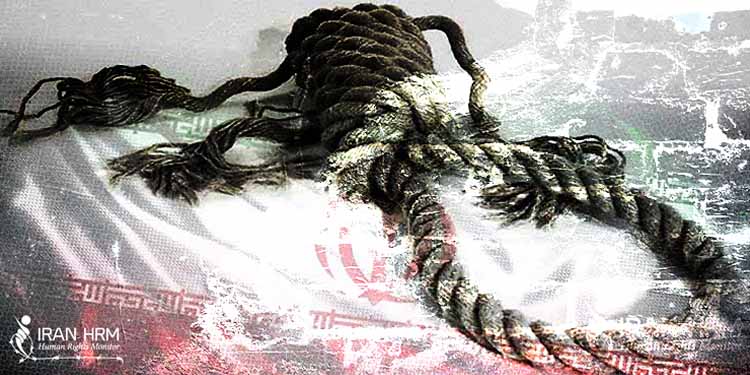 With 39 executions carried out in March 2022, the Iranian regime demonstrated its flagrant assault on human rights and the right to life.

Nineteen of those who have been executed were sentenced to death for murder while 20 others were hanged for drug related charges.

Meanwhile, 20 out of the recent 40 executions were carried out in Adelabad prison in Shiraz alone. One of the executed was a woman.

Statistics compiled by the Iran Human Rights Monitor may be far higher as a lack of transparency makes it difficult to confirm the real total number of executions.

On March 2, a man identified as Akbar Shahsvand, 36, was executed in Isfahan’s Dastgerd prison. He was sentenced to death on “drug” charges.

On March 9, Ahmad Salar Zehi and Naeem Shahbakhsh were executed in Adelabad Prison in Shiraz. They were sentenced to death for drug offenses.

Another prisoner convicted of drug charges, identified only by first name as Shahab, was executed in this prison on March 10. He was transferred from another prison to Adelabad Prison before being executed.

On March 13, the death sentence of six drug offenders was carried out the same prison. Three of the victims were identified as Najaf Anjem Rooz, Jamshid Fadai and Hossein Mehrabani, 37, from Jahrom. Najaf Anjem Rooz was an Afghan national who had been in prison for about 5 years.

On March 14, 45-year-old Ebrahim Nasirkhah was hanged on drug charges in Urmia Prison, northwest Iran. He had been brought back from the gallows at least twice before when his execution was postponed at the last moments for unknown reasons. He was from Salmas, West Azerbaijan Province in northwest Iran.

On March 16, the death sentence of four men was carried out for drug charges in Adelabad Prison. They were identified as Ali Sahandi, Mohammad Hossein Sahandi, Sadegh Sahebi and Bashir Kaboli.

At dawn on March 27, four men who had previously been sentenced to death on drug charges were hanged in Arak Prison. They were identified as Faizullah Noorullahi from Kermanshah, Ahmad Nouri from Karaj, Hamid Goodarzian and Mohammad Najjari from Arak.

On March 2, five men were taken to the gallows in Rajai Shahr Prison in Karaj to serve their death sentences. Two of them, Vahid Mousavi and Vahid Tabatabai, who had been sentenced to qisas (an eye for an eye or retribution in-kind) were hanged and the execution of the other three was called off.

At dawn on March 3, the state-run Tasnim news agency reported that the death sentence of a prisoner who had previously been sentenced to death for the murder of a police officer was carried out in Dezful Prison. The state-run media did not identify the prisoner.

The death sentences of murder convicts Fahim Afghani, Mehrdad Moqaddas and Hassan Gholam Shahi were carried out in Adelabad Prison on March 9.

On the morning of March 10, Nezam Ali Mirzaei was executed in Miandoab Prison.

On March 12, Alam Yarahmadzehi, 48, was executed in Khash Prison.

On 13, a 30-year-old prisoner named Hafizullah Rakhshani was executed in Zahedan Prison. He was married and lived in Shirabad area of Zahedan.

On Monday, state-run media announced that a woman and a man sentenced to qisas for “premeditated murder” had been hanged in Adelabad Prison. The state media identified them as Shirin and Hooman.

On March 15, the death sentence of two men, Peyman Babakhani and Mir Ali Hosseini, was carried out in Urmia Central Prison. They both had been sentenced to qisas for “premeditated murder.”

On March 16, an Afghan man named Zabid was executed in Dastgerd prison in Isfahan. He was arrested for murder about five years ago.

On the same day the death sentence of another convicted murderer named Yousef Hashemi was carried out in Qazvin Central Prison. Yousef Hashemi was the father of a child and his job was to repair alternators and car batteries before his arrest. He spent more than four years on death tow.

At least three men, Gholam-Ali Khavargir, Abbas Khavargir, and Mohsen Jandaghi, were executed also on March 16, in Rajai Shahr Prison in Karaj. The three men were detained for 20 years on charges of “murder” during armed robber.

On March 17, Massoud Ghorobi and Gholam Hossein Sadri were hanged in Adelabad Prison.

Iran Human Rights Monitor once again calls on the Secretary-General, the High Commissioner and the UN Human Rights Council, the European Union and its member states, to condemn executions in Iran and to take immediate action to save the lives of prisoners on death row.

The Iranian regime’s dossier of systematic human rights violations must be referred to the UN Security Council, and the top regime officials must be brought to justice for four decades of rights violations and crimes against humanity.