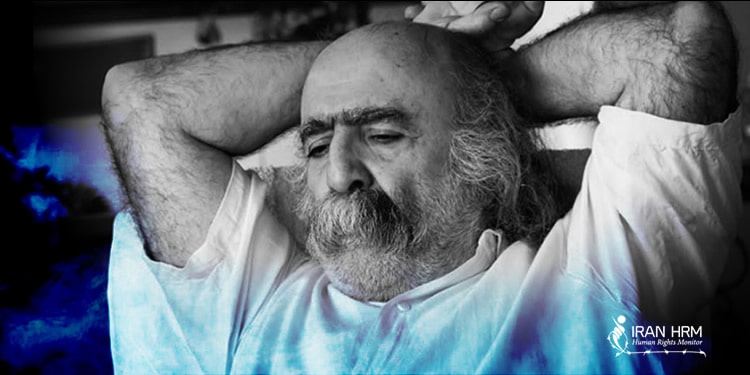 The lawyer of former political prisoner Keyvan Samimi said that his client was arrested after going to forensic medicine and sent to Semnan prison.

On May 18, Keyvan Samimi’s lawyer Mostafa Nili tweeted, “Today, after business hours, the Implementation Bureau of the Moqadas Court called Mr. Keyvan Samimi and told him he must come to the Bureau to receive the medical examiner’s opinion.”

“After he presented himself to the department and after receiving the medical examiner’s assessment, he was detained and sent to Semnan Prison,” Nili added.

Keyvan Samimi was temporarily released from Semnan Prison on February 1, 2022, according to a ” medical examiner’s assessment.” It is not clear why forensic medicine withdrew its report.

Mehr news agency, an outlet linked to the regime’s Ministry of Intelligence and Security (MOIS) confirmed his arrest and said that Keyvan Samimi had been sentenced to three years in prison for communicating with the People’s Mojahedin Organization of Iran. He was temporarily released from prison last year after a medical examiner’s assessment.

“Abusing this sentence, he had resumed his anti-security activities and contacts with counter-revolutionary groups abroad, and therefore, at the end of his leave, the forensic doctor ordered his return to prison after a re-examination,” the report said.

Keyvan Samimi, 73, was arrested at a Labor Day rally in Tehran and in May 2020, Branch 26 of the Revolutionary Court sentenced Keyvan Samimi to three years in prison for “assembly and collusion against the state.” On July 27, 2020, the verdict was upheld by Branch 32 of the Appeals Court.

Previously, in June 2009, he was sentenced to six years in prison and banned from political and cultural activities for 15 years for “propaganda against the regime,” “assembly and collusion against national security,” and “insulting the Supreme Leader.” He was released from prison in 2015.