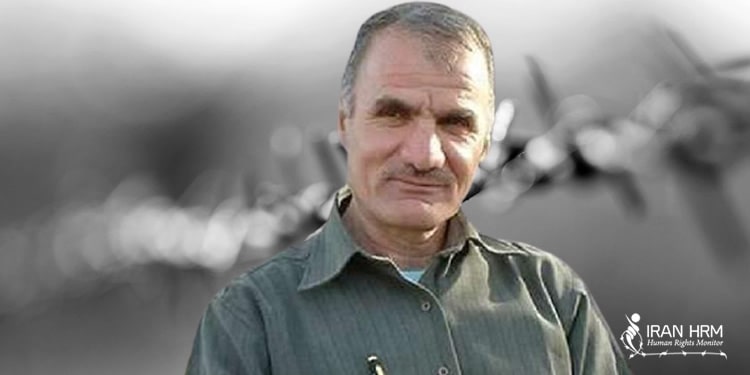 Ayyub Porkar is spending his 14th year in prison without a single day off.

Political prisoner Ayyub Porkar was banished to the Sheiban Prison in Ahvaz, notorious for its horrible infrastructural conditions and torture of prisoners.

Ayyub Porkar was arrested in January 2009. The Revolutionary Court of Tehran convicted him of Moharebeh (waging war on God) and sentenced him to death.

Moharebeh is used for a wide range of offenses including on political grounds, punishable by death under the clerical regime in Iran.

In the case of Mr. Porkar, he was convicted of Moharebeh for cooperating with the opposition People’s Mojahedin Organization of Iran (PMOI/MEK). His sentence was later commuted to 20 years in prison.

His lawyer at the time told the media that her client’s beliefs and opinions were the basis for the death sentence. Otherwise, such a verdict had never been expected.

After the verdict was upheld, Judiciary authorities banished Ayyub Porkar from Ward 350 of Evin, first to the Prison of Behbahan and subsequently to Karun Prison in Ahvaz. Both prisoners are located in the Khuzestan Province, southwestern Iran, where the hot weather is unbearable.

Ayyub Porkar is presently serving his time in Sheiban Prison of Ahvaz, deprived of the right to parole. He has not had a single day’s leave from prison throughout his incarceration.

His elderly mother is not able to visit him due to the distance.

Ayyub Porkar was born in 1955. He served four years in the Army during the Iran-Iraq War. He was relieved of his duty because of his criticism of the government.