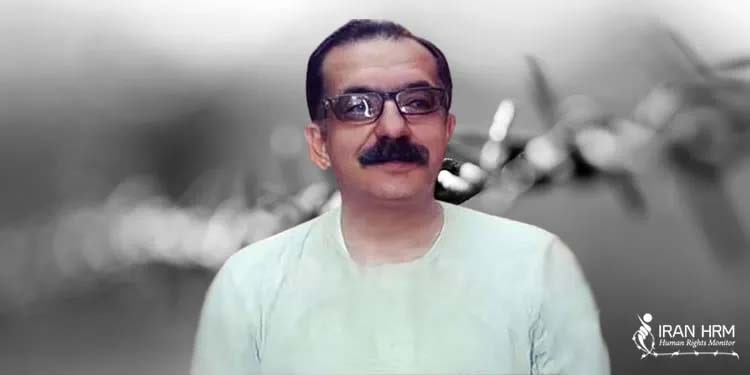 Iran Mansouri, daughter of political prisoner Mohammad-Ali Mansouri sought the help of the international community to save her father, who is being held in Rajai Shahr Prison in Karaj, near the capital of Iran.

In her letter, Iran Mansouri referred to her father’s dire health and said he was still being held in prison, despite the advice of doctors.

Political prisoner Mohammad Ali Mansouri is serving his 15th year in prison despite suffering a heart attack last year. According to doctors, he must receive treatment in medical facilities outside prison.

It should be noted that the sentence of political prisoner Mohammad Ali Mansouri has ended, but he is currently in prison for new charges brought against him while he was in prison.

Mohammad-Ali Mansouri was arrested in August 2007 after attending the 19th anniversary of the 1988 massacre of political prisoners, held in a Tehran cemetery.

He was then sentenced by the 15th Branch of the Revolutionary Court to 17 years in prison, deportation to Rajai Shahr Prison in Karaj, and a fine of 150,000 tomans, on charges of “being in contact with and cooperating with the People’s Mojahedin Organization of Iran (MEK).” The sentence was upheld by a court of review.

In 2015, Iran Mansouri said her father’s sentence had been reduced by two years.

In May 2016, he was charged with “conspiracy and collusion against the state” and sentenced to another five years of prison for going on hunger strike, “inciting prisoners”, announcing support for prisoner of conscience Mohammad Ali Taheri, and issuing a statement condemning the execution of Sunni prisoners.

“I hereby ask for the help of all human rights defenders and political prisoners to save the life of my father Mohammad-Ali (Pirouz) Mansouri, who is in critical health due to his serious heart condition.

In this regard, I would like to inform the public, human rights organizations, and the people of Iran about the status of his sentence and illness.

1- Despite my father receiving surgery last year, his doctors, the head of the prison medical clinic, and Dr. Hossein Ardabili advised that my father must not stay in prison. But the judiciary and the Ministry of Intelligence have not taken any heed and are still obstructing his medical leave.

2- His sentence of 15 years (for the charge of enmity with God according to article 186) has ended. It is also worth noting that article 186 was abolished as of 2014 therefore my father has been in prison for eight years based on a charge that does not exist.

3. As of 2022, he started serving the false charge of conspiracy and collusion attributed to him.

4- The new charge is ridiculous because this sentence was issued while he was detained in one of the most secure prisons in the country, with hundreds of cameras, even in the bathrooms and toilets, which are monitored 24 hours a day.

5. The above-mentioned fabricated case attributed to him was so baseless that the prosecutor’s representative read out unnecessary accusations in court. Those charges did not go through the minimum stages of the regime’s own legal proceedings – including interrogation, indictment, final defense, informing the lawyer to set up a defense, etc. The five-year prison sentence was reduced to two years by a court of review.

6. In the end, while I am very concerned (for my father’s health), I once again ask all human rights defenders to do anything they can to save my father.