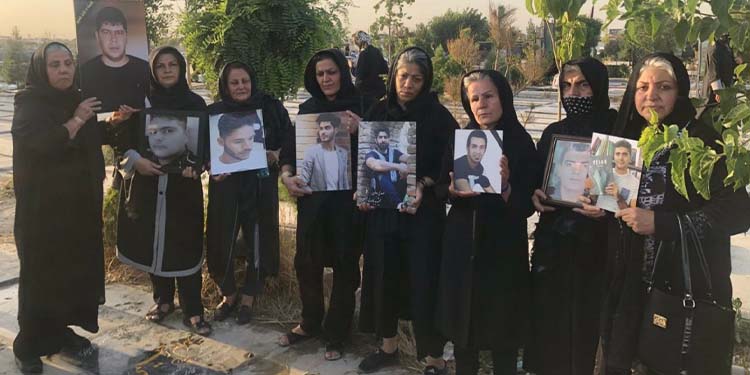 In what appears to be a fearful reaction to growing social protests, the clerical regime has resorted to widespread arrests in Tehran and other cities.

Among those arrested are three mothers of the victims of the November 2019 Iran protests.

The three bereaved mothers were at the residence of Mrs. Yousefzadeh when the security forces broke in and arrested them.

They were among at least 10 members of the families of the victims of the November 2019 victims arrested by security forces.

The semi-official Fars news agency backed by the IRGC described those arrested as “rioters,” who received money to incite riots.

Widespread protests erupted across Iran from November 15, 2019, over an unprecedented hike in the price of petrol. The protests continued for several days.

Mohammad Javad Kolivand, MP from Karaj, said the protests broke out in 719 locations across Iran.

Seyyed Hossein Naghavi Hosseini, spokesman for the parliamentary National Security and Foreign Affairs Commission at the time, said at least 7,000 were arrested during the November 2019 protests.

At least 1,500 were killed and thousands more injured during clashes with security forces.

In a blatant call to step up repressive measures, the Judiciary Chief Gholam Hossein Mohseni Eje’i told Entekhab daily on July 11, “Some of the regime’s arch enemies… seek to promote vulgarity and indecency in society. Dealing with this issue requires intelligence work. Prosecutors, bailiffs, and the intelligence system… should arrange the necessary legal measures against people who openly commit offenses and crimes in public; and they must act diligently regarding the important task of identifying organized movements directed by foreign services to promote immorality in our society.”