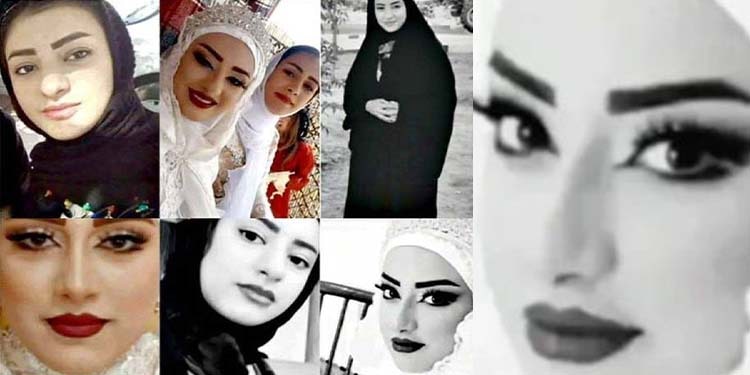 Eleven months after the murder of a child bride by her cleric husband in Lorestan western Iran, Shargh state-run daily said the cleric is free while the journalist who exposed the cleric’s role in the murder has been sentenced to prison.

Mr. Qalandari is a local reporter in Lorestan who published a report on the honor killing of 16-year-old Mobina Souri by her cleric husband and family members last August. He was arrested a few days after publishing the report following complaints by the victim’s family and the suspects and was released on bail 11 days later.

Mojtahedzadeh said the murderer “received a 2–3-year prison term a few months after the murder and is now roaming free on bail and getting on with his life.”
According to Mr. Mojtahedzadeh, the court did not pay attention to the “consent of the victim’s family” in issuing a verdict in the murder case of Mobina Souri.
The lawyer criticized the “tribal approach” to the murder case of Mobina Souri and similar cases in other towns and said in this case “the father of the murderer holds his head high in court and says without fear to the judge that his son has carried out the tribal customs and has not committed any wrongdoing.”

Mobina Souri, a child bride, was killed by her husband on August 30 in Lorestan, western Iran. Mobina was married to a young clergy, and a local said family members of Mobina’s husband killed her out of suspicion and bigotry due to rumors about her and another boy. Her husband was detained but released after 11 days.

Sina Qalandari was trialed by the Branch 102 Criminal Court in Kuhdasht and was charged with “publishing lies”, and banned from journalism, in addition to 27 months of prison. Sina was detained previously as well.

“I had published the news (about Mobina) and three hours later, the (state-run) Rokna News Agency published the unreal version about the event. FATA police came to the house I was staying in and warned us. The prosecutor reprimanded me for publishing this and told the assistant prosecutor of my case to punish me in such a way that I would not publish such news again,” Qalandari had said that time.

Sina also said he had gastrointestinal bleeding when he was detained for publishing the news, but the prison authorities did not allow him to go to the hospital and gave him incorrect pills.

Three blinding sentences are to be carried out in Iran