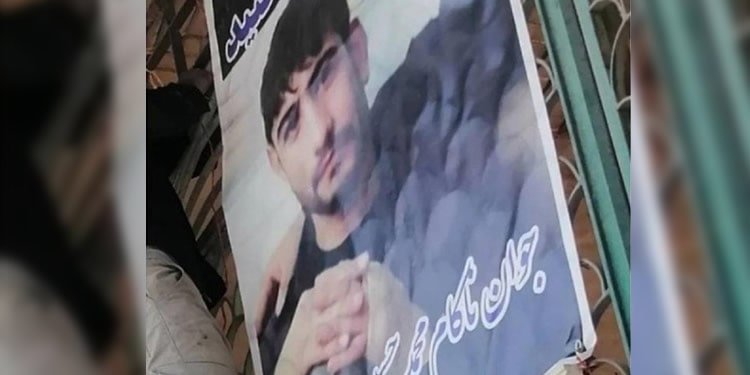 Iranian activists confirmed that Mohammad Hossein Alizadeh, a man recently executed in Iran was a minor at the time he was charged with committing a crime.

Halvash news website, which covers the news of the Baluch ethnic minority in Iran, published the pictures of Mr. Alizadeh’s prison documents, as well as his indictment and court verdict on Wednesday, August 31, confirming that he was a native of Afghanistan born in 2001 and a resident of Qom city.

Mohammad Hossein Alizadeh was arrested in 2017, when he was 16 years old, on charges of stabbing a man during a fight, and was imprisoned in Qom prison until his execution on August 10.

According to reports, the child offender had previously said that he was forced to confess to the murder under “torture, force, and threats and with beatings and obscenities”.
He said: “I do not accept murder. The knife belongs to me, but I don’t remember if I stabbed anyone with it. I was not in a normal state, I had drunk.”

Despite the statements of the child offender, the Supreme Court’s verdict concluded that “the five-member board of neuropsychiatric and forensic experts has declared that the person in question was suffering from a behavioral disorder, aggression, and irritability, but has the ability to distinguish between good and bad and advantage and disadvantage and that he has the mental and intellectual development appropriate to his age.”

The verdict further states “there was no evidence that he could not distinguish between good and bad while committing the crime.”

There are currently over 85 juvenile offenders on death row in Iran, sentenced to death following processes that significantly violate international human rights law. The majority of those sentenced to death are from marginalized groups or are individuals who themselves have been victims of abuse.