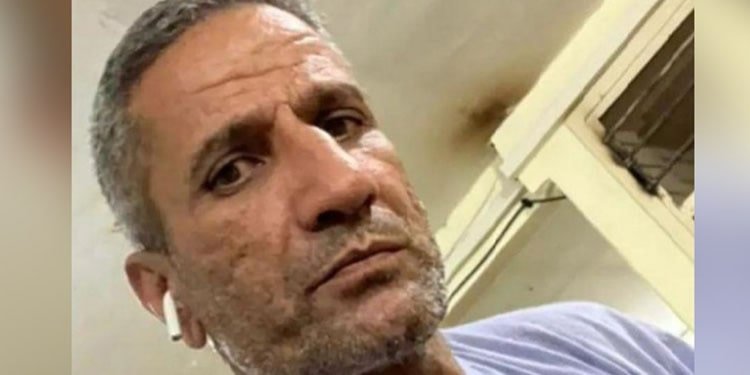 On Thursday, September 1, 2022, the verdict to amputate the fingers of a prisoner named Seyyed Mohammad Hosseini was carried out in Gohardasht prison in Karaj.

At 5 a.m. on Thursday, September 1, 2022, Seyyed Mohammad Hosseini was transferred to the prison’s dispensary, and 4 fingers of his right hand were amputated without informing his lawyer and family in advance.

Seyyed Mohammad Hosseini was transferred to the Central Prison of Arak in the Central Province on the same day after his fingers were amputated. He will remain in Arak Prison because he is unable to pay back the stolen amount.

Seyyed Mohammad Hosseini, the son of Seyyed Hossein, was sentenced to forfeiture of property amounting to 1,800,000 Tomans and amputation of four fingers on August 19, 2014.

In the indictment issued on July 26, 2022, by Branch 9 of the Court of Appeals of the Central Province, it was written as follows: “Cut off the fingers of the right hand from the end in such a way that his thumb and palm remain.”

Mohammad Reza Rahmati and Mohammad Reza Mehrandish, the chief and advisor of the 9th branch of the Central Province Court of Appeals, approved and signed the decision.

Seyyed Mohammad Hosseini has been imprisoned in Arak Central Prison since 2014 on charges of robbery. He was transferred to Gohardasht Prison of Karaj to have his fingers amputated.

Earlier on June 10, 2022, Amnesty International said in a statement, “The Iranian authorities must immediately quash the convictions and amputation sentences of these eight men and grant them fair retrials without resorting to corporal punishments,” said Diana Eltahawy, Amnesty International’s Deputy Regional Director for the Middle East and North Africa.

“We call on the international community to urgently intervene to stop these sentences from being carried out. They must also call on Iranian authorities to abolish all forms of corporal punishment. It is unacceptable that the authorities in Iran continue to commit such criminal acts of cruelty with impunity.”