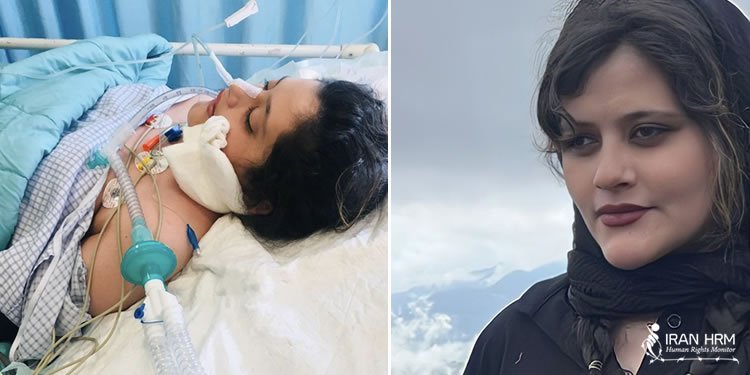 Mahsa Amini who was arrested by the morality police over hijab rules passed away after being brutalized in detention.

She was arrested by the regime’s morality police on September 14, with reports saying she was struck in the head and went into a coma.

Mahsa Amini and her brother Kiaresh (Ashkan) were attacked and beaten by the guidance patrol on September 14, as they entered the Haqqani metro station in Tehran.

They had traveled from the western Iranian province of Kurdistan to Tehran to meet relatives.

After beating up Amini, the morality police took her to downtown Tehran’s notorious Vozara detention center.

Eyewitnesses at Vozara detention center said that Amini appeared to have been beaten inside the morality police van while being taken to the detention center, though she was conscious.

A few hours after her arrest, her family was informed that Amini had been hospitalized.

According to Kurdish human rights sources, by midnight on Wednesday, September 14, the doctors declared the condition of Mahsa Amini to be very serious, and her level of consciousness was 3.

Mahsa’s brother, Kiarash, said, “When I arrived in front of the building, about 60-70 people had brought clothes for their detained girls, waiting there. When a few young women were freed, suddenly, there was a scream. We were all banging on the building door and climbed up the door. But they did not open the door. At one point, officers came out with tear gas and batons and attacked us. My whole body is bruised. My eyes have been burning since last night. “Five minutes later, an ambulance left the building.”

Kiarash continued angrily: “Every girl who came out said, ‘Someone was killed.’ I showed Mahsa’s photo to the girls. One said Mahsa was in her arms when she had a problem. I was shocked and scared. I asked a soldier what happened. He said one of our soldiers was wounded. They lied. Mahsa was in that ambulance. I didn’t believe it. I ran to the Kasra Hospital.”

Mahsa’s brother emphasized that although they did not allow him to film his sister in the hospital, he saw with his own eyes that Mahsa’s face was swollen, and her legs were bruised.

The media center of the Tehran Police Department denied the eyewitness claims of beating Amini, saying she was transferred to one of the police departments in Tehran for “justification and education” about the hijab when she “suddenly suffered a heart problem.”