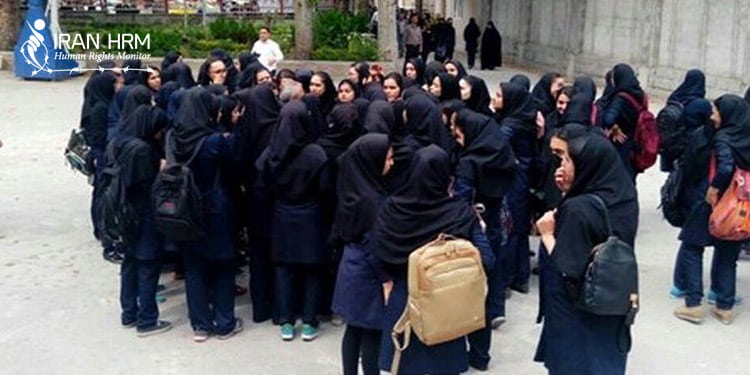 The Commander of the State Security Force of Qom Province acknowledged at a news conference that the age of 60 percent of those detained during protests in Qom is between 15 and 22 years old. These statistics only relate to the city of Qom.

More than 400 children and adolescents under the age of 18 arrested during the recent protests are now in jail, detained among drug addicts.

In this way, the Iranian regime prepares the conditions for addiction of these children, and make them passive in their opposition to the government.

The Iranian Minister of Education elaborated on the latest situation of the detained students but refused to give any statistics concerning their numbers.

In response to the question of reporters, Yousef Noori said, they are not many. I can’t give you an exact figure on their numbers.

When a reporter asked, so we have detained students involved in protests? Yousef Noori replied, “In the current circumstances, these students may become anti-social so we want them to be reformed.”

In a related development, security forces arrested the principal of a girls’ school of art in Karaj, on Tuesday, October 11, 2022.

The security forces had reportedly demanded to receive the recorded images of the CCTVs in the school, but the principal, Ms. Oghab Neshin, refused to cooperate. She had erased the recordings, so she was arrested at her workplace.

The whereabouts of Ms. Oghabneshin remains unknown as this report is being published.