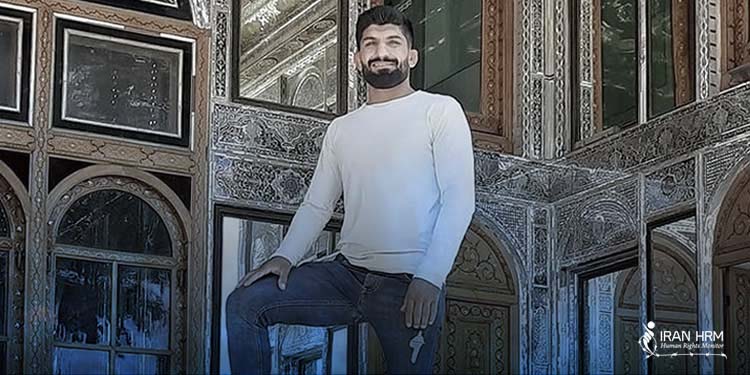 The test results of human bones found at Mount Deraak in Shiraz, was announced today, October 14, 2022. It has been approved that the pieces belong to the captured Iranian wrestler, Amin Bazrgar.

The wrestler and a close friend of the slain Navid Afkari, Amin Bazrgar suddenly went missing in July 2020. From that date on no one had heard anything about Amin.

Amin Bazrgar had informed his friends about Iran’s security forces threatening and tracking him. Amin had become a target for the security services because of his support for his executed friend, wrestling champion, Navid Afkari.

With this shocking confirmation, the finding of Amin’s body bones in the sedimentary rock mountain in Shiraz indicates another Iranian wrestler arbitrarily killed at the hands of the Iranian authorities.

On his Instagram, his final post says, our silence is a treason. With it, he had also published a video in memory of Navid Afkari.

Without knowing the true and full story of what happened to their son, Amin’s family and relatives will be holding his funeral on Monday at Darul-Rahmah Saadi in Shiraz.

“Our silence is a betrayal,” Mr. Bazrgar wrote shortly before he “disappeared” on his Instagram account in support of Navid Afkari.

Sardar Pashaei, the former coach of Iran’s national Greco-Roman team who immigrated to the United States twitted: “#Amin_Bazrgar, a wrestler on the Iranian national team and the champion of international competitions, has been missing for 6 months. In one case, security agents went to the wrestling club and asked for him. Now his family says they have no news of his fate.”

Pashaei added “He was a student of Mohammad Ali Chamiani, the coach of Navid Afkari, and he trained in the same club. Since the execution of Navid Afkari and the international reaction, the pressures from the security forces on the athletes have increased. They do not tolerate the slightest protest. Those who write on their social media pages are immediately summoned and face threats and reprimands.”

Iranian authorities executed Navid Afkari on September 12, 2020, for a crime that his family, friends and human rights activists say he didn’t commit. He was arrested after taking part in a protest in Shiraz on August 2, 2018​.

Those close to him acknowledge that he attended the protest, saying he was troubled by discrimination against women and the poor.

But his supporters say that his trial was devoid of any compelling evidence ​against him.​