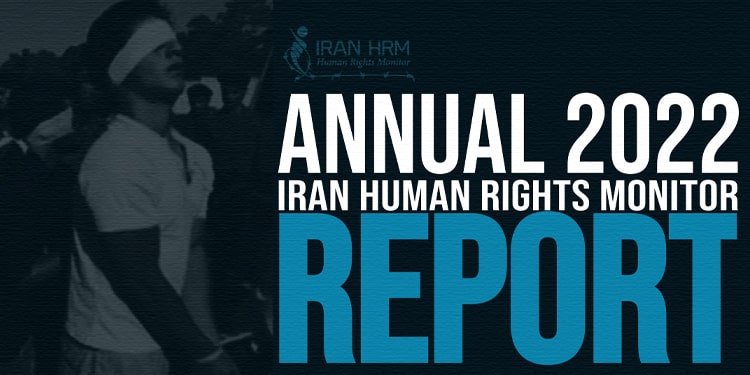 The Human Rights Charter, a world heritage from Cyrus the Great

On the International Human Rights Day, Iran Human Rights Monitor releases its annual report. The very first Human Rights Charter was written by Cyrus the Great in 538 B.C. It also symbolizes the grand civilization of Iran. The Human Rights Charter is an inclusion of the Iranian people’s service to peace, justice, and a global civilization. At a time when kings admired to murder, plunder and conquer, Cyrus the Great founded his empire on peace and justice. In this inscription, he speaks of the freedom to worship gods and the freedom of mankind, marking his humanistic values.
Despite the legacy, the Iranian people are currently ruled by a repressive regime that brutally kills them. A very unequal confrontation! Only so that they can establish the very fundamental human rights and basic civil rights.

On International Human Rights Day, Iran Human Rights Monitor (Iran HRM) examines the situation of Human Rights in Iran in the year 2022.
The information provided in this report reflects a small part of the reality in Iran.
Censorship and the lack of transparency, as well as the absence of independent human rights organizations in the country, makes it of great difficulty to access required details.

Iran has the highest execution rate per capita. It has, for more than 43 years, committed these crimes and used legal justification for it.
The sharp increase in executions in Iran, in 2022, compared to 2021, is yet another human rights violation. In 2021, Iran Human Rights Monitor reported at least 366 executions carried out in Iran’s prisons. Since December 10, 2021, at least 553 executions have been carried out.
That is one-and-a-half times more compared to last year. Of course, the actual number is much higher, and we are not able to give the exact scale because many executions in Iran are carried out in secret. Most of these executions have not been disclosed by the Judiciary or relevant institutions. As the identities of many executed prisoners remains unknown, they are called secret executions.
In addition to using the death penalty as a cruel, inhumane, and irreversible punishment, the Iranian regime has always applied executions as a tool to intimidate and suppress protesters.

In Iran, the Baluchis are the most common victims of execution.
At least 160 (30 percent) of those executed in 2022 belonged to the Baluch minority. A minority that accounts for about 5 percent of Iran’s population. More than half those executed were executed for drug-related charges.
These statistics relate only to executions, and indiscriminate shootings, as well as arbitrary killings of Iranian citizens, count yet for another aspect of Iran’s deplorable human rights situation in 2022.

After the nationwide protests in Iran, which began on September 16, 2022, following the murder of Jina (Mahsa) Amini, state security forces have used brutal repression and obvious violence against protesters. We see high levels of violence used on the streets of Iran in ways that considerable numbers of protesters have been brutally beaten and killed by batons.

35 cases of fatal beatings with batons

The Iranian authorities, with full intentions, uses police batons to kill protesters within central Iranian cities.
Following extensive investigations of each individual case, Iran Human Rights Monitor has so far been able to gather and verify evidence of 35 cases involving protesters who were beaten to death with batons.

Use of lethal bullets in shotguns

The Revolutionary Guards-IRGC commander claims that they only use non-lethal weapons to contain the protests. But evidence reveals a new level of violence against protesters and bystanders. The goal is specifically to kill them, not to gain control over society.
The shotguns seen used by Iran’s state forces are usually the Pump-action M2 or Benelli M4, all of which are 12 millimeters caliber range. Fired with Birdshot, Buckshot, and Slug bullets shot, all of which are lethal.
Firing pellets from shotguns has become an alternative combat weapon against protesters. These shotguns disperse 20 to 80 pellets in a single fire. Shotguns can be loaded with lethal bullets. The shotgun is not considered as regular, it is used to hunt and kill wild animals such as a boar. As the shotgun is recognized as a deadly weapon, using it in such manners is against international laws as it will endanger lives of children, the elderly, and passers-by who are not directly engaged in protests.

140 ophthalmologists warned of pellets fired at demonstrators, to quell protests in Iran. In a letter released on November 25, 2022, they write, a large number of people were treated in medical centers because of pellets and paintballs shot to their eyes. In some cases, they have lost sight of one or both eyes.
Among the victims is a young lady, Ghazal Ranjkesh. She is from Bandar Abbas, a port city in South Iran. Ghazal lost her right eye when fired at with a shotgun.
This is a violation of the Iranian citizens’ bodily integrity, as well as the security forces’ excessive use brutality.

Authorities in Iran, despite claiming that they do not use live ammunition, have widely fired combat bullets in border towns. Including, in Zahedan, southeast Iran, and cities of Kurdistan Province. In fact, officials have managed to crackdown on peaceful protests by conducting the use of Kalashnikovs.

To this date, 110 people were killed by armed ammunition in Kurdistan Province, west Iran, during protests.

128 Baluchis were murdered in Sistan and Baluchistan Province during the protests. Most of whom, were killed between Friday, September 30, 2022, and October 5, 2022, in Zahedan. As well as, on another bloody Friday, November 4, 2022, in Khash.

The number of protesters killed in Iran, till Saturday, December 10, 2022, is 577 people. The true figure is at least 700 people but only 577 victims have been authenticated.

Iran Human Rights Monitor, on December 10, 2022, has recorded at least 60 women killed during nationwide protests in Iran. However, many families, under enormous pressure by authorities, have not been able to speak out about the killing of their children. Government agencies have falsely announced some victims’ names as death due to suicide or road accident.
These women have been killed by repressive government agents during nationwide protests in Iran. Their cause of death is by direct shooting, fatal blows of the baton or even brute beating.

Iran Human Rights Monitor, on December 10, 2022, reports at least 65 children under the age of 18 to be killed by repressive forces in Iran. Again, the true number is much higher, but these are the verified names of slain children in Iran’s nationwide protests so far.

The wave of arrests in Iran continues till this date. These arrests consist of civil activists, political activists, students, and journalists. The number of detainees is estimated to be 30,000. Iran never specifies the actual number of detainees, thereby the fate of detainees remains unknown. However, considering repressive measures and the presence of censorship, Iran HRM estimates the number of 30,000 protesters detained in Iran.

Thousands of anonymous prisoners are tortured in Iran’s prisons. Some have been sentenced to death and charged with heavy sentences, without the presence of their lawyer. Many are tortured to make false confessions. With such conditions, only 25 cases of prisoners’ death under torture have been recorded. The true figure, by large, stands at a higher number.

Through the figures revealed by Iran’s Intelligence officials, in state-run media, the wave of detentions and arrested protesters can be noticed.

3,000 arrested in the Capital, Tehran

700 arrested in protests in Hamedan

The commander of the Revolutionary Guards in Hamedan Province, northwest Iran, stated the arrest of 700 people in protests. He said, thanks to God, the Basij forces, alongside the NAJA forces, were able to end the riots, on the second day under one command (The state-run aftabnews.ir – October 6, 2022.)

According to a classified report by Hossein Salami, commander of the Revolutionary Guards, to supreme leader Ali Khamenei, at least 20,000 people have been arrested in the first two weeks of the protests. 42 percent of whom are under the age of 20.
Seyyed Jalal Hosseini, deputy political director of the Basij Organization of the Revolutionary Guards, said, 70 percent of those arrested during the recent protests were young people under the age of 20 (The state-run aftabnews.ir – October 20, 2022.)

Iran’s Judiciary criminalizes and indicts detained protesters without going through legal proceedings and in unfair trials. None of the protesters have committed a crime and have been arrested only for peaceful protest. However, hefty sentences are handed down to them.
Iran’s judiciary has issued indictments for about 2,000 protesters so far and has issued death sentences for 39 protesters.
In the last trial held for detained protesters in Karaj, on December 5, 2022, all 15 defendants, including 3 children, were sentenced to corruption on earth. Five of these defendants were sentenced to death.

The Iranian regime hastily executed imprisoned protester Mohsen Shekari, 23, on the morning of Thursday, December 8, 2022.
The Iranian Supreme Court rejected the appeal for Mohsen Shekari’s death sentence on the charge of Moharebeh (waging war on God) and carried out the sentence. Mohsen Shekari is the first protester to be executed by the Iranian Judiciary in relation to the recent uprising.

Demand for Human Rights, the International Community can act