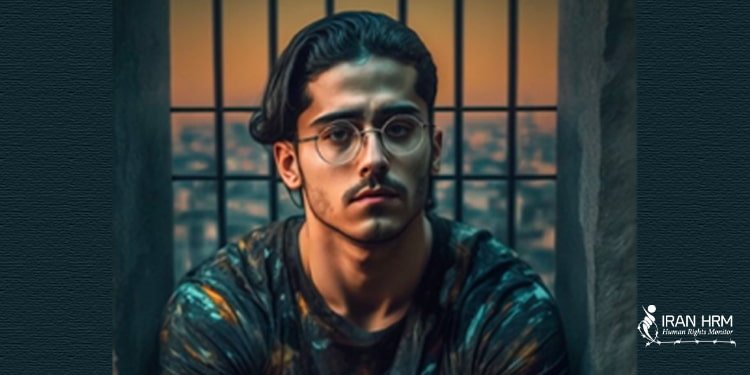 On the morning of December 12, 2022, authorities in Iran carried out the death sentence of the young protester Majid Reza Rahnavard. He was executed in public in the city of Mashhad northeast Iran.Majid Reza Rahnavard was sentenced to death by the Revolutionary Court of Mashhad, headed by Judge Seyed Hadi Mansouri, on the charge of moharebeh and the ruling was upheld by the Supreme Court.Majid Reza Rahnavard participated in protests in Mashhad on Thursday, November 17, 2022, and was arrested on November 19, 2022, on charges of murdering two members of the Basij forces.

The first trial session for Majid Reza was held on Tuesday, November 29, 2022. The session, headed by Seyed Hadi Mansouri in the Revolutionary Court of Mashhad, was processed in less than 10 days after the defendant’s arrest. Majid Reza was sentenced to death and the Revolutionary Court’s prosecutor emphasized the death sentence as well as assuring it will be carried out in the following week.
The death sentence was then confirmed by Iran’s Supreme Court and was carried out in public at dawn on Monday, December 12, 2022.

The sentence was issued and carried out while Majid Reza was unable to designate a lawyer of his choice. On the other hand, he was subjected to torture and forced confessions. In one footage, his (right) hand is in medical plaster and fractured during torture.
According to received reports, Majid Reza was not allowed to obtain a designated lawyer. The court had prepared everything in order to convict him. He was not given the chance to defend himself. Images were obtained of government mercenaries graffitiing the front wall of his house. They had written, “Murderer” and “Murderer’s house.” Agents raided his residence and broke the windows. Their aim was to intimidate the people and his family members.

Mr. Rahnavard is accused of murdering Hossein Zeinalzadeh and Daniel Rezazadeh, on Thursday, November 17, 2022, during nationwide protests. The two are members of the Basij forces in Mashhad. Mr. Rahnavard was accused while none of the video footage provided of the scene outline the attacker’s appearance. The Intelligence Institution claimed that the released footages were collected from CCTV cameras near the crime scene.
Majid Reza Rahnavard was 23 years old and resided in Mashhad. Before his arrest, he worked at a fruit store located in Pirouzi (Victory) Street.

Today at 7:00 a.m., the Iranian authorities informed Majid Reza Rahnavard’s family of their son’s execution during a phone call. They also said that he had been buried and only gave the burial location to them. The Rahnavard’s family was told their son is buried in block 66 of Behesht Reza Cemetery.Authorities did not allow the family to hold a ceremony for their slain son or to see his face for the last time.

In an earlier Tweet, Iran HRM had informed that the prosecutor’s representative had shown a knife at court, attributing it to Majid Reza Rahnavard. Very similar to the forced confessions and set-up scenario for slain Navid Afkari.
This tragic hanging should not have been allowed to happen.