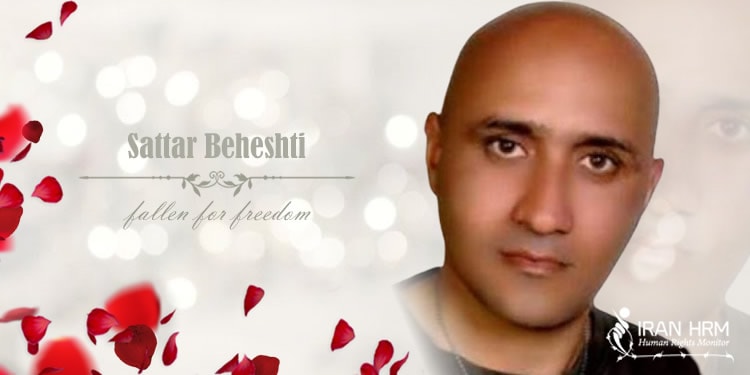 Iranian blogger Sattar Beheshti was arrested by the regime’s cyber police on October 30, 2012, on charges of “actions against national security on social networks and Facebook.”

The 35-year-old blogger was targeted for his writings on political and social issues on his blog and on Facebook.

A few days later, his relatives received phone calls from the prison authorities asking them to collect Beheshti’s dead body from the notorious Kahrizak detention center.

Sattar Beheshti spent one night in Tehran’s notorious Evin prison, where he wrote an official complaint to prison authorities alleging ill-treatment, before being moved to an unknown location.

Before his arrest, Beheshti wrote in his blog: “They threatened me yesterday that my mother would wear black because I don’t shut my mouth.”

Kahrizak is a detention centre where Iran imprisoned many of the activists caught up in the protests that followed the country’s disputed presidential elections in 2009.

Many protesters are believed to have been tortured to death in Kahrizak, and several claim to have been raped. An Iranian doctor who examined the victims of Kahrizak was shot dead in September 2010.

Kahrizak became a scandal for the regime when Mohsen Rouholamini, the son of a former senior adviser to the Revolutionary Guards, was named among prisoners who had died at the center.