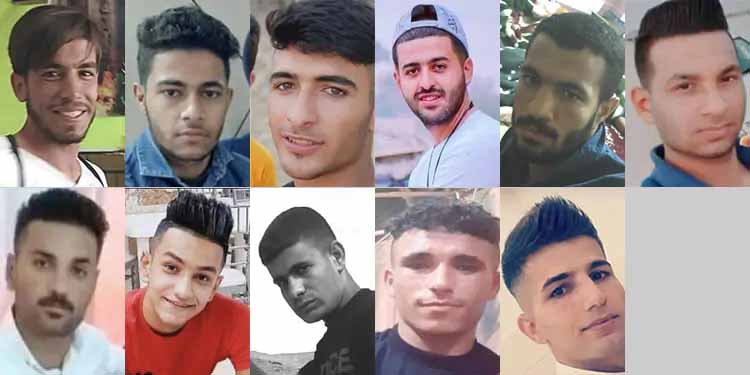 At least 12 people were killed, many were injured and detained during the protests in southwestern Iran over lack of access to water.
The protests which started from July 15 continued for 10 days in over 35 cities across the country.
Several videos shared on social media show the state security forces using excessive force against demonstrators. Security forces used live bullets, pellet guns and tear gas to crush protesters.
Reports and amateur videos show continued heavy security presence in Khuzestan and some other cities that joined the protests in the past nights. There were local reports of electricity cutoffs in addition to the internet disruptions.
There have been widespread arrests in the past nights. The local Khakzadegan Telegram channel said that it had been able to identify more than 320 detained.
U.N. High Commissioner for Human Rights Michelle Bachelet on July 23 expressed concern about deaths and injuries and widespread detentions in Khuzestan.

The names of those shot and killed by the state security forces are:

Mostafa Naimawi, 30, was killed on July 16 in the restive city of Shadegan. He was a fishmonger in the local city market.

Qassem Nasseri, 17, was killed on July 17 in Kut Abdollah. According to the report by Amnesty International, a source with direct knowledge in Iran told them that plain-clothes intelligence agents visited Ghassem’s family shortly after he died and coerced them into reciting a pre-prepared script on camera.

Mohammad Chenani, 24, killed in the restive city of Shush on July 20 during the water protests.

Isa Baldi, 27, had been forced to work since he was a child due to poverty. He was a worker despite having a social sciences degree, because he could not fine a job. He was wounded on July 20 by security forces in Mahshahr. He went for treatment to a clinic but did not receive aid on time and passed away.
Isa was the breadwinner of his three sisters and mother. He had plans to get married in two weeks.

Mohammad Kroshat, 20, was killed on July 20 in the city of Ahvaz in southwestern Iran. He was injured in the water protests and passed away due to the severity of his wounds in the hospital.

Omid Azar Khosh, 20, was killed on July 22 in Aligoudarz western Iran. A police official in Lorestan confirmed a 20-year-old was killed, blaming it on “anti-revolutionaries”. He said the young man was killed with pellets used by “anti-revolutionaries.” Pellet shots are usually used by riot police to crack down on protests.
Iranian regime officials in the past have blamed protesters for deaths occurring during bloody state-crackdowns.

Hadi Bahmani, 17, was killed by security forces in Izeh on July 20. He was from Susasgerd but was working as a plasterer in Izeh.

Farzad Fereisat, 29, was killed by security forces on July 21 in Ahvaz during the water protests. He was going to get married in November.
The IRGC told his family that they would give his body to them on three conditions.

Meysam Achrash, 20, was killed on July 21 in the Taleghani district of Mahshahr in southwestern Iran.

Hamid Majdam, 23, was killed in Chamran, southwestern Iran during the water protests.

Mohammad Abdollahi was killed in Izeh during the water protests.

Amir Mashari Ebadi, 22, was injured during the protests in Mahshahr, Southwest Iran and passed away in the hospital on July 23.

Sweeping arrests in Iran cities on the heels of Khuzestan protests