Iran: Labor activists arrested in May Day rallies in Tehran and Sanandaj 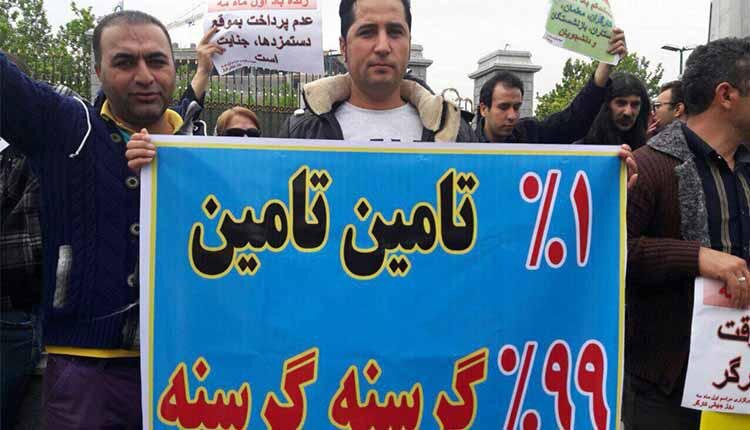 On May Day, when labor rights groups are celebrating across the globe, Iran’s State Security Force reportedly arrested a number of activists in Tehran and Iranian Kurdistan Province, west of Iran.

The state police attacked to a May Day rally held in Saghez, Kurdistan Province, injuring Mahmoud Salehi, a prominent labor activist and arresting a number of protesters. Labor Activist Osman Esmaeili is among those arrested.

Another reports from Tehran indicate that at least nine individuals were also arrested for rallying outside the parliament in Tehran. They include, Afshin Heydarian, Mostafa Aghaie, Peyman Ahmadi, Mohsen Saghafi, Babak, Parsa Kermanian and Hossein Garshaseb. Two women, Tahmineh Khosravi and Alieh Eghdam Doust are among the arrestees. There is no news available on the fate of the detainees.

A week before International Labor Day, at least 13 labor activists had been summoned in Iran’s Western provinces of Khuzestan and Kurdistan.

The workers union at the Haft Tappeh Sugarcane Agro-Industrial Company in Khuzestan issued a statement on April 24 revealing that eight activists had been summoned on the charge of “disturbing public order” based on a complaint by the company’s management department.

The statement added that six of the men had been released on bail until their trial while Adel Samaein and Rostam Abdollahzadeh had been cleared of the charges.