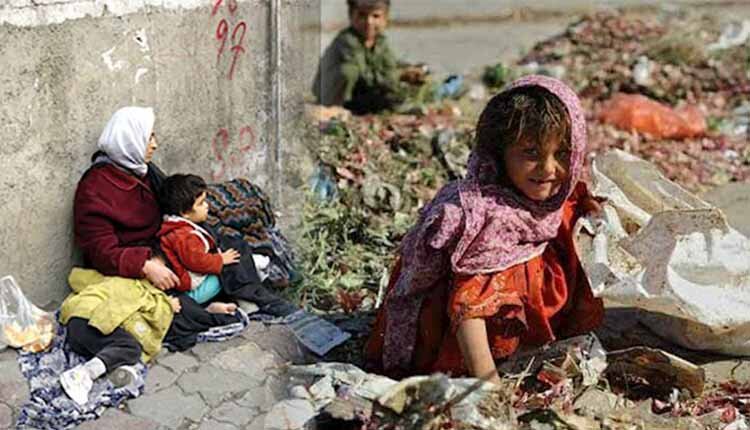 An Iranian regime official acknowledged the catastrophic statistics on the number of children suffering from malnutrition only in Hamedan Province, western Iran.
Deputy of Health and Support of Hamedan Provincial Relief Committee said, “3083 children under the age of 6 in Hamadan province suffer from malnutrition.”
Speaking with the state-run ISNA news agency, Ali Bahiraei emphesized that the root cause of malnutrition is poverty.

Poverty has become so common in Iran that, in addition to recurring demonstrations and street protests about this phenomena, state-run media are also broadcasting shocking reports.

Two MPs have recently raised alarm bells regarding food shortages in four of the country’s provinces. 75 percent of Sistan and Baluchistan Province in southeast Iran are living in poverty, especially food shortages.

“Sistan and Baluchistan Province ranks very low regarding development and unjust wealth distribution, and unfortunately due to the lack of natural resources and an 18-year drought, the province is facing an enormous food shortage. This is why villagers have migrated to the outskirts of cities such as Zabol, Zahedan and Chabahar,” he said.

University studies show the provincial population’s is lower in height and weight in comparison to the country’s averages, Amini Fard continued.

Alim Yar Mohammadi, a parliament member from Zahedan, highlighted the grave circumstances of 75 percent of the province’s population grasping with food poverty.

“The people of this province’s villages don’t have adequate drinking water or even bread. By any standards they are living in very poor conditions,” he said.

“This province is home to all kinds of illnesses and this cannot be denied. Even in the city of Zahedan more than 350,000 people lack adequate running water and water trucks provide for many parts of the city,” Mohammadi added.

“When the people of this province don’t enjoy adequate food supplies, it is highly likely people will start eating the meat of animals such as cats and crows. Various villages in the south near Chabahar are witnessing far worse conditions,” he continued.

Wheat crops were the only source of income for this province. With that destroyed the locals literally do not have any revenues. Unfortunately, lack of proper management has resulted in people moving to other areas across the province. This has the potential of resulting in deep negative impacts for the entire country.