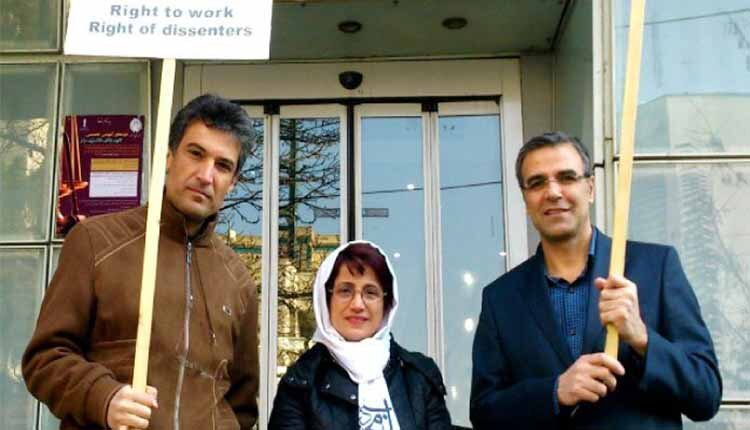 UN human rights experts* have called on Iran to guarantee the rights of human rights defenders and lawyers who have been jailed for publicly supporting protests against the mandatory wearing of the hijab in Iran.

“We urge the Government to immediately release all those who have been imprisoned for promoting and protecting the rights of women,” the experts said.

In particular, the experts expressed alarm at the critical health of Farhad Meysami, a medical doctor, who was arrested in July after his advocacy in support of women protesting against the hijab law. Mr. Meysami began a hunger strike in August in protest at the charges and the lack of access to a lawyer of his choosing. Reports indicate that he has been moved to the medical centre in the prison, where he has been restrained in a bed and given intravenous injections. He is being held in isolation.

The experts said they were deeply disturbed by the reported lack of due process guarantees and said authorities had an obligation to respect the wishes of those who use hunger strikes as a form of protest.

The experts said the best way to end Mr. Meysami’s hunger strike would be to address the violations which are the basis of his protest, including through good faith dialogue about his grievances, and to respect his wishes to use this form of protest.

Mr. Meysami faces charges including “disseminating propaganda against the establishment”, and “insulting the hijab, an essential sacrament of Islam”. He has also been accused of owning badges carrying the slogan: “I am protesting against the forced hijab”. The experts said the charges brought against him were in clear violation of international human rights law.

Mr. Meysami was arrested after protests began in March against compulsory veiling in Iran. Some people were arrested and sentenced to jail on charges such as “encouraging moral corruption”.

The experts also reiterated their concern at the in-absentia conviction and subsequent imprisonment of Nasrin Sotoudeh, legal counsel for a number of the women protesters. She was convicted on security-related charges which appear to stem from her work representing the protesters. In September, her husband, Reza Khandan was arrested for “spreading propaganda against the system”, amongst other charges, and was accused of “promoting the practice of appearing in public without a veil”.

The experts called on Iran to urgently address Mr. Meysami’s grievances, and to guarantee the rights of Mr. Meysami, Ms. Sotoudeh, and of Mr. Khandan to not be deprived arbitrarily of their liberty. They also urged authorities to guarantee their right to fair proceedings before an independent and impartial tribunal.

The UN experts have notified the Government of Iran about their concerns.